Microsoft is planning to add some more intelligent image-sorting to its Windows 10 Photos app, making it more similar to Google Photos. The software giant has started testing a new smart search that scans all images on OneDrive and uses artificial intelligence to identify and catalog photos. Windows Central reports that the Photos app, released to the Windows Insider Release Preview Ring, will filter photos by colors, faces, months they were taken, and other categories.

Photos are indexed when you start searching for the first time, and it takes around a second per image. It appears that the Photos app is using AI on the photos locally rather than in the cloud like Microsoft has done in the past. You’ll be able to search photos with phrases like “phone” or “beer” and the caching will return a collection of photos that may include particular items. There’s even face detection that will link photos that the app believes are of the same person. 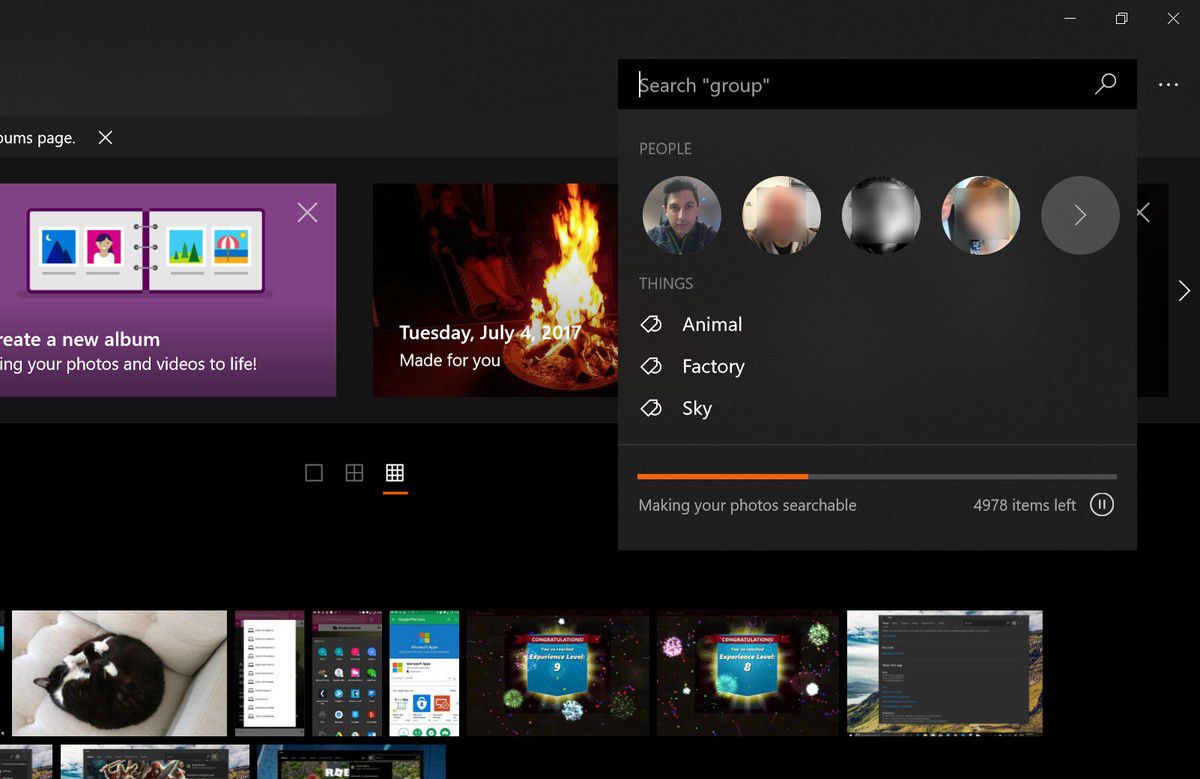 While these features are new to the Windows 10 Photos app, iOS has similar face-detection algorithms, and the whole premise of Google Photos is to index images and make it easy to search for people, places, and things. Microsoft is still testing this functionality for Windows 10, but it’s expected to arrive in time for the Windows 10 Fall Creators Update in September.