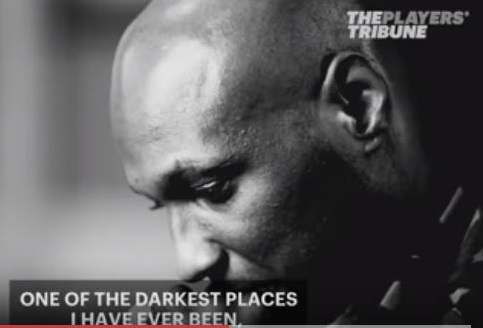 Former NBA star, Lamar Odom, has admitted that his coke addiction hit a rock bottom when his then wife, Khloe Kardashian walked in on him getting high with a random chick in a motel, describing the situation as “one of the darkest places I’ve ever been.”
In an interview released by the Players’ Tribune on Thursday, the two-time NBA champion also spoke about the struggle of losing his mother to Cancer at the age of 12 and later losing his 6-month-old son.
An emotional Lamar also described his 2015 near-death experience, as well as the impact cocaine addiction had on him.
According to him, ‘addiction is a bad disease and a lot of people don’t know that. It affects the brain and you won’t be able to make a rational decision.’
The 37-year-old who enjoyed 14-year NBA career with the Los Angeles Clippers, Miami Heat, Los Angeles Lakers and Dallas Mavericks that yielded two titles and the 2010-11 NBA Sixth Man of the Year award added that he entered rehab after being released from hospital to ensure he would be around for his two children who are very special to him.