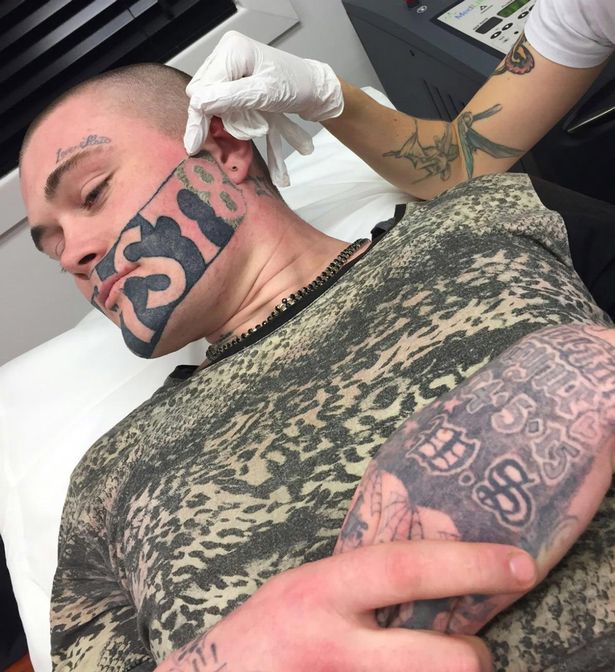 Briar administered Mark with numbing cream before performing the first test laser session to remove the pigment from the number eight on the right side of his face.

A teenager who had a huge ‘DEVAST8’ tattoo across his face to look tough in prison is having the ink erased after claiming bosses refused to hire him.

The unemployed 19-year-old was desperate to find a job after he was released from prison earlier this month, but said the facial art put off potential bosses.

The laser removal of Mark Cropp’s amateur tattoo was carried out for free by Briar Neville, senior laser technician at Sacred Laser.

According to Daily Mirror,Mark said: “It did hurt, it was like a burning sensation.

“Briar did just one section and I have to go in next week to see what reaction it has had. If it is all good and dandy I can have more done every six weeks.”I’m excited and so grateful for it. I have been feeling quite emotional about the fact people have offered me so much help.
“I have been really pleased by everything, it has all moved so much faster than how I thought it would have. It is quite overwhelming really.”