And the family have already snapped up nannies to help take care of the newborn babies as they nest in Los Angeles.

According to a Wednesday report from US OK! magazine, the singers have hired six nannies at $100,000 a year each for the bundles of joy. 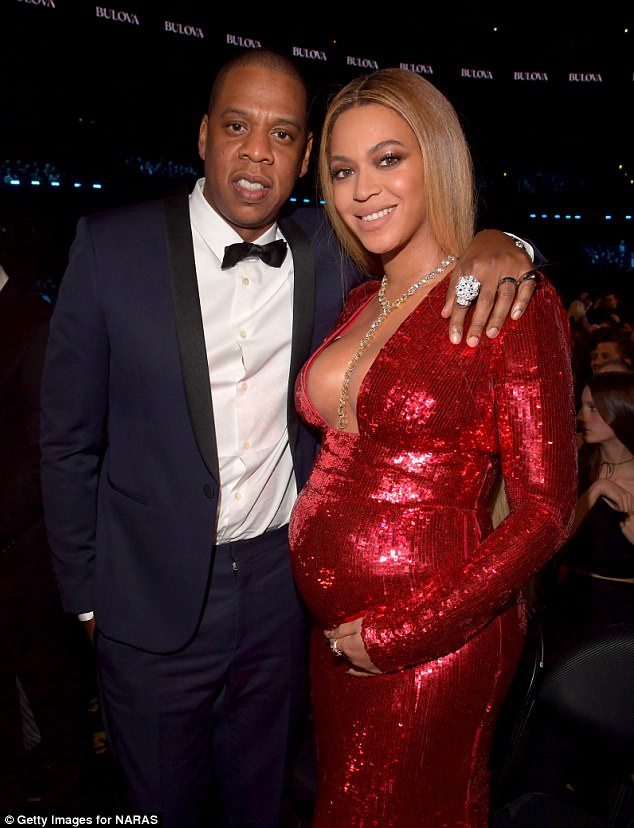 ‘The twins don’t sleep at the same time, so she decided she needed three per child, working in eight hour shifts,’ a source said.

It is not unusual for parents of newborn twins to have both day and night nannies, according to care.com.

There are also two nannies for their daughter Blue Ivy, aged five.

That makes a total of eight nannies going in and out of their home day and night.