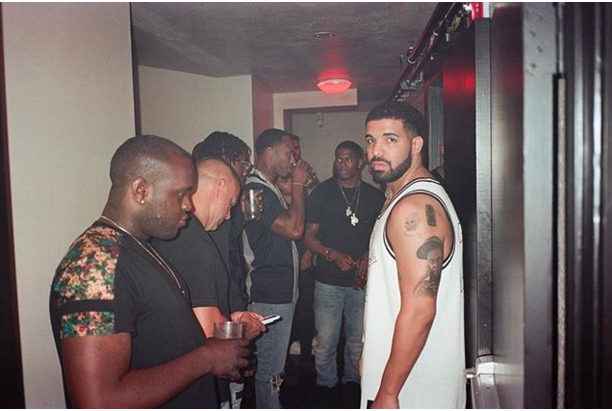 The “No Complaints” rapper, 30, revealed his latest tattoo — a highly detailed tribute to his mentor and idol Lil Wayne along his left tricep — while performing in Houston over the weekend.

Photos of the new ink first popped up on the former “Degrassi” star’s Instagram feed on Monday. It’s based on a striking black and white photo of Wayne, 34, that appeared in the Feb. 3, 2011, issue of Rolling Stone.

The two rappers go way back, the elder signing the younger emcee to his label, Young Money Entertainment, in 2009. They most recently appeared on labelmate Nicki Minaj’s single “No Frauds” together earlier this year.

The Wayne piece joins those inspired by Aaliyah, Sade and Skepta, among others.