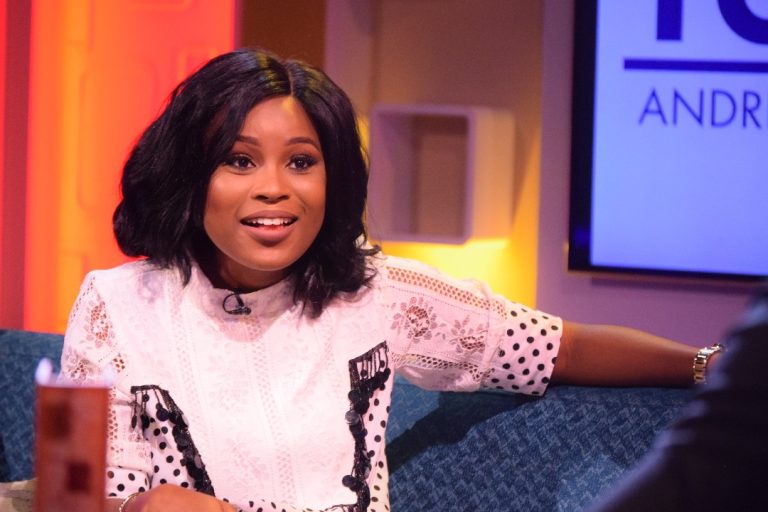 Berla Mundi, the fast rising TV presenter was tight-lipped about the media person who wanted to have sex with her, before granting her an opportunity to be on screens but that does not mean she caved in to his demands.

Describing herself as a very strong willed person who decided to pursue her media ambitions despite her parents’ reservations, there is no doubt Belinda Addardey (real name) is making an impact in Ghana today.

The beautiful presenter last Sunday on the satirical talk show Tonight starring Andrew Tandoh Adote shared her story which is similar to that of the numerous young ladies who are often pressured for sexual favors in their effort to make a living especially in the media industry.

She told host Andrew Tandoh Adote: “My parents weren’t too keen on me getting back on TV after Miss Malaika. The traditional perception of how they think that women on TV don’t necessarily live a chaste life and they think you have to sleep with someone to get to the top and the salary is not as great as working in the bank let’s say and so that was what my parents were more worried about.”

The GH One TV presenter however revealed that her journey to becoming a TV presenter was fraught with a few challenges recalling how a media person wanted to have his way with her before granting her an opportunity to be on TV.

She recalled: “I have never said this before, I have only told to my friends. When I finished Miss Malaika and this is not to say or speak against anyone. There was one particular person who was already in the media and he said, “I think you are good. Have you thought about TV? And I said yes. He said, “Well I will get you on TV.””

“I was excited because I was young and was looking for that opportunity. Along the way it was delaying, so I what’s like what happening… and he was like don’t worry when we are done in bed, I will teach you.”

Berla Mundi, who rejected the proposition, insisted that she was ready to work hard to reach her goals, if that was what it was going to take.

“I was like okay, No, because that wasn’t what I expected. So, I withdrew from him and I told myself if this is what It is going to take for me to be on TV then I won’t do it, otherwise I will work hard and make sure that I will get to the top.”

Belinda now has a foundation that mentors young women who are passionate about the media industry, guiding them on the necessary steps to take in pursuit of their ambitions.