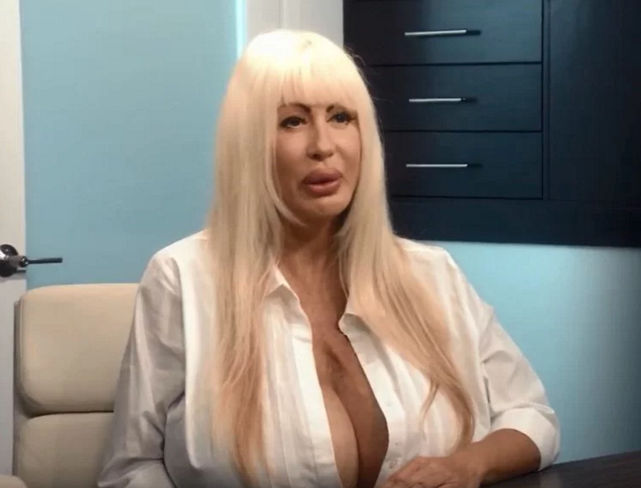 The idea behind her form of implants is that they would grow larger as time went on as they absorbed fluid.

She went from a 38F chest up to her current O-cup size after the 4,000cc polypropylene sac implants were fitted.

But the mum-of-two said they made her unwell, explaining she had leaking fluid coming from one of her breasts.

Despite this, she said she was still in doubt about removing the implants as it could harm her career.

Elizabeth, who has been under the knife 60 times including on her lips, appeared on TV show Botched! run by surgeons Terry Dubrow and Paul Nassif.

They advised her to have the implants removed, after a ‘staph infection’ allowed her right breast to start leaking.

‘My right breast was bright red and swollen and I felt weak and shaky,’ Elizabeth told the show.

‘But the infection gradually ate a hole in my right breast the size of a one-dollar piece. The pain was unbearable.’

Now Elizabeth wants people to be warned about the possible dangers of implants.

‘If you are going to attempt to try to become as busty as I am you are putting yourself at extreme risk,’ she said.