A new iOS 11 feature has shown up in the software’s most recent beta release that should be quite helpful for travelers and those who find themselves using a lot of public Wi-Fi. The change, not publicized by Apple but noticed instead by beta users, automatically disables auto-join for Wi-Fi networks with poor connectivity. The auto-join button itself was first added in an earlier version of the iOS 11 beta, and it can be found by tapping on the small blue “i” icon next to any Wi-Fi network.

Now, when you’re looking to connect in a public place with a slew of mobile hot spots, you can let the software automatically scrub the worst offenders from the list. It also prevents the scourge that is an Xfinity hot spot from overriding your iPhone’s network connection without you noticing. If you have “Ask to Join Networks” turned on, the feature will put an end to those needless notifications that pop up whenever you walk by your local Starbucks. 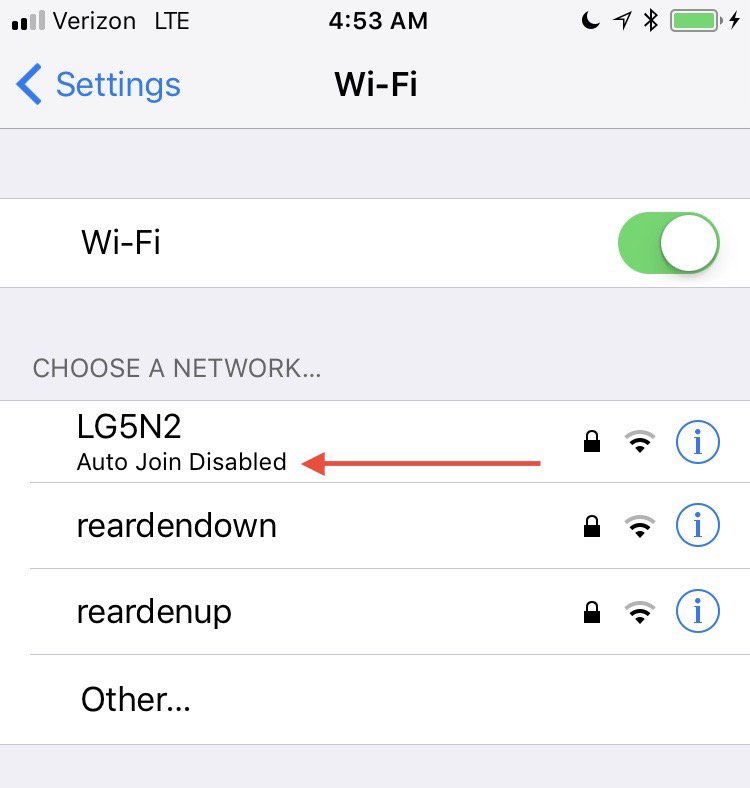 The automatic disabling of auto-join is a nice, subtle feature, one of those “how did this not exist before?” ideas that Apple is known for implementing with ease. In this case, however, it looks like the company borrowed a bit from Android, which has had a version of the feature in one of form or another for years now. For instance, Samsung has a feature called Smart Network Switch, which switches to mobile data when a Wi-Fi signal is weak. Verizon and Samsung also provided a similar feature back in 2014 with the Galaxy S5. Both of these informed Apple’s Wi-Fi Assist, which debuted in iOS 9 two years ago.

In this most recent case, Apple isn’t switching you off a bad network so much as it’s preventing your phone from joining one in the first place. Regardless of the feature’s origins, it will most definitely be useful for avoiding spotty public Wi-Fi or watching an app become unresponsive because you connected to an unwanted network.