Mary Hope had no idea staff at her local beauty clinic had never carried out an Obagi chemical peel – and by the time she did, it was too late.

Instead of eradicating her acne scars, the mum-of-four was left looking like an ‘acid attack victim’, after staff applied the lotion to her face.

After paying £1,200 for the peel, she was left with permanent scars over her cheeks and chin.

Mary was forced to endure 18 months of wearing a plastic compression mask almost 24 hours a day to limit the damage.

When she returned to work as a primary school teacher, she said she had to reassure her shocked young pupils by saying ‘don’t be scared, it’s only me’.

Three years on, Mary has been awarded £130,000 compensation – but had to promise she wouldn’t reveal the name of the company responsible.

It now has dozens of branches across the UK and the clinic she visited still carries out the treatment.

Now, Mary is speaking out about the risks of the Ogabi peel not being carried out properly.

The 42-year-old from Birmingham, said: ‘Obviously not all beauty clinics are the same but when I see their name it makes me feel sick.

‘I think I was used as a guinea pig as they didn’t know what they were talking about.

‘I saw it on TV and thought I’d get it done. 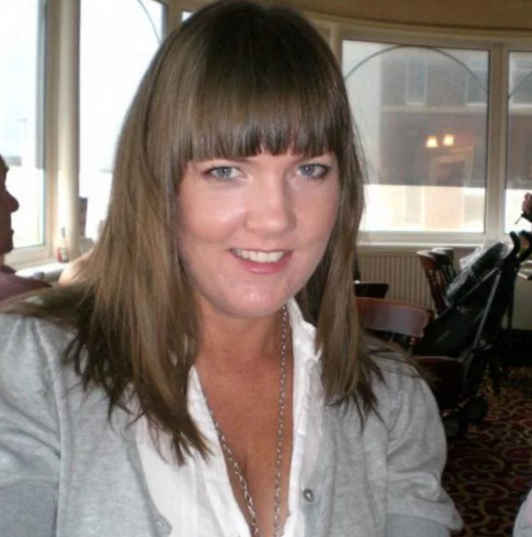 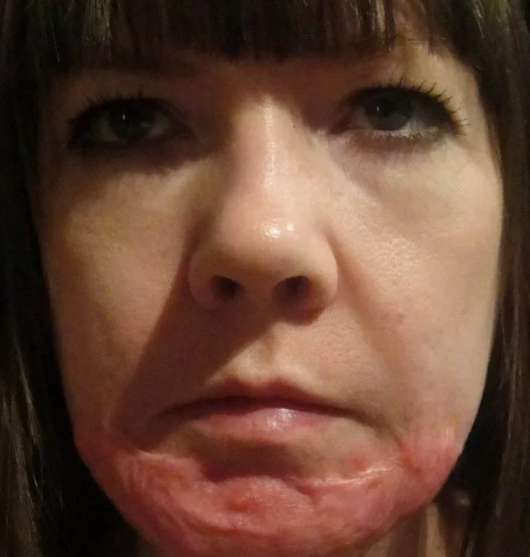 ‘At the time I didn’t know they were inexperienced. I thought they knew what they were talking about.

‘Even if it doesn’t involve a knife – but still is Botox or a non-invasive procedure – do your homework and make sure they have qualifications.

‘You just can’t trust appearances – just because the clinic looks nice and is expensive doesn’t mean anything.

‘At the time with the scarring I was devastated but it didn’t kill me. As the years went by it did make me stronger, and I realised I didn’t die from it.

‘Sometimes I do wonder if the scars on my face were a precursor to make me strong when my breast cancer diagnosis came.’

Mary decided to try the Obagi Blue Peel treatment when she saw it on a TV programme.