In preparation for next year’s Winter Olympics in South Korea, electronics giant LG is trialling new robots in the country’s largest airport. From today, Seoul’s Incheon International Airport will be home to two of LG’s latest prototype bots: the Airport Guide Robot and the Airport Cleaning Robot.

The bots were first unveiled at CES earlier this year, and both do exactly what their names suggest. The Guide Robot will roam the terminals, ready to provide travelers with directions and information about boarding times. It speaks four languages — Korean, English, Chinese, and Japanese — and users can even get it to scan their boarding pass to be escorted to their correct departure gate. Although, if this bot is anything like other service robots, it’ll only move at a steady walking pace, and just think how annoyed you’d be if a slow robot made you miss your flight.

The Cleaning Robot, meanwhile, is essentially a beefed-up Roomba that looks a little like a mini-tank from a future war. According to LG, though, it “detects the areas that require the most frequent cleaning, stores those locations in its database and calculates the most efficient routes to get there.” Just make sure no one flips the switch in the back of its head from “clean” to “kill.” 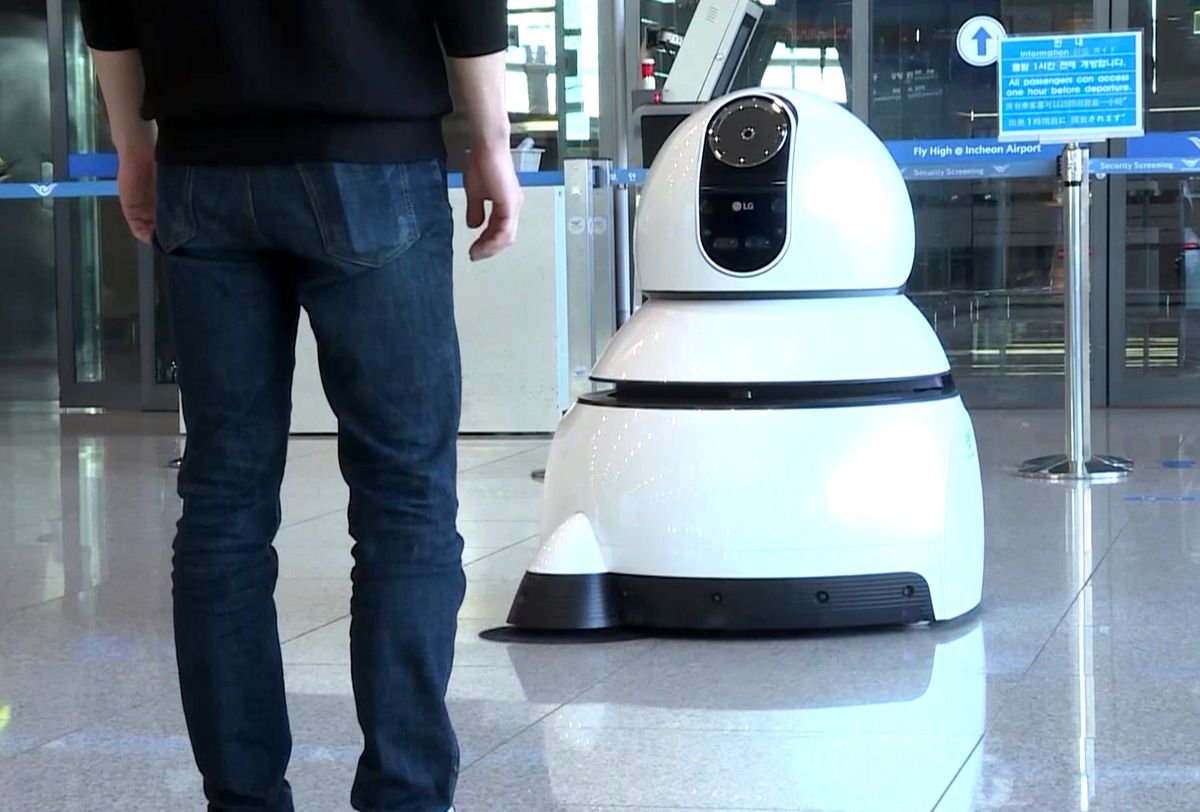 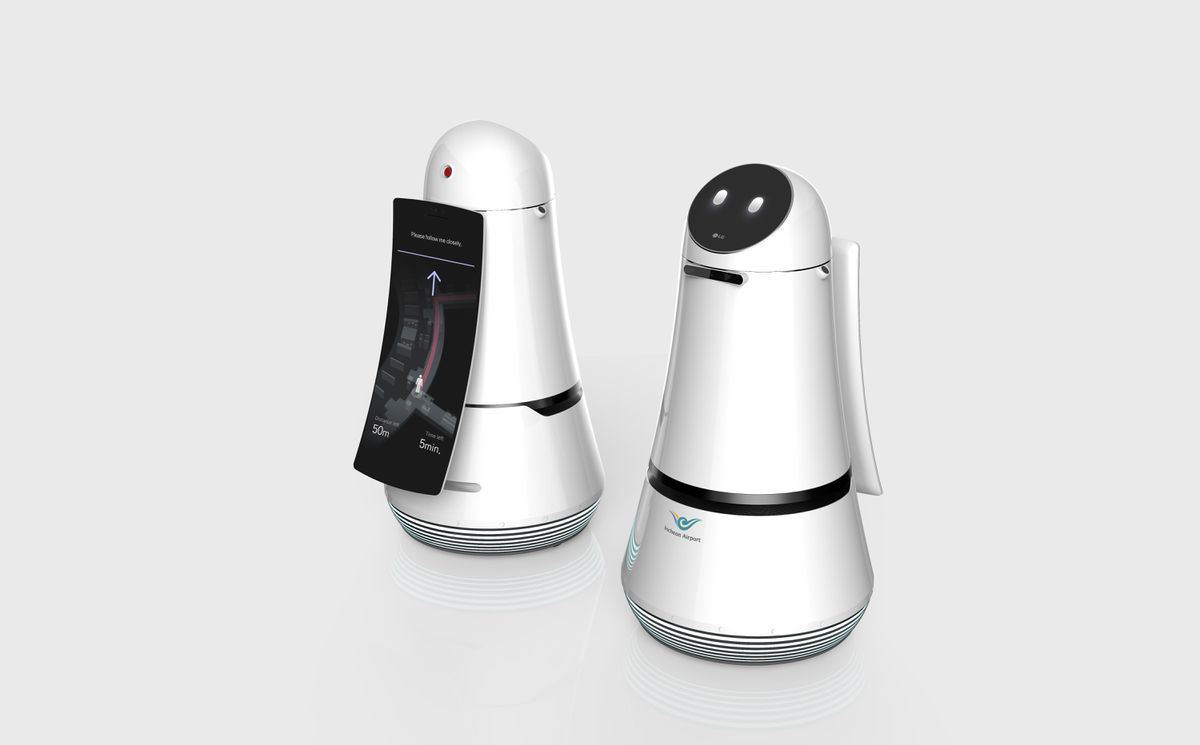 In a press release, LG said products like these show the company’s ambition to “develop and expand its commercial robot business as a future growth engine.” And these sorts of use cases are definitely becoming more popular for bots — even if, in the case of many robot guides, they job they do is more for show than anything else. LG’s robots should be fine as long as they keep away from hazards like stairs and fountains. We don’t want a repeat of the DC security bot incident.