A 74-year-old bicyclist was viciously beat with a small club by a man in a shocking road rage attack in Ontario.

Cellphone footage recorded by witnesses at the scene shows a man in a red shirt sitting on top of the victim and repeatedly hitting him with the club.

The attacker was identified as David Fox, of Peterborough, after he was arrested by police.

Fox, 65, was charged with aggravated assault and assault with a weapon. 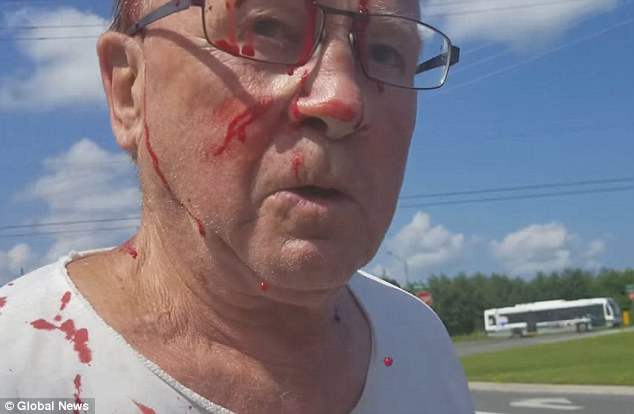 A witness told Global News that the two men had been arguing after they both attempted to make a left-hand turn on the road.

Paramedics treated the cyclist at the scene and he was transported to a local hospital for treatment.

Police said the two men involved in the incident don’t know each other.

Fox is scheduled to appear in court in August.