The Brazilian striker has been strongly linked with a move away from the Nou Camp in recent days.

It’s been claimed he instructed his father to find him a get-out having grown tired of being in Lionel Messi’s shadow at Barcelona. It’s suggested he wants to become the main man at a club in order to better his chances of winning the Ballon d’Or.

Paris St Germain are understood to have a serious interest in the 25-year-old and could even be willing to meet his £195million release clause. 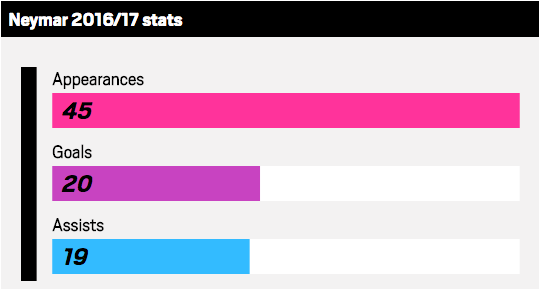