Chloe Green had to rise to tiptoe to share a kiss with her significantly taller new flame Jeremy Meeks in Beverly Hills on Friday.

Amid his dalliance with the heiress, ‘hot felon’ Jeremy’s filed for separation from the wife who’d stayed married to him through his prison sentence.

While Chloe and Jeremy were filmed by Back Grid pounding the pavement, they were asked: ‘You guys so much in love?’ to which Jeremy replied: ‘Yes, we are.’ 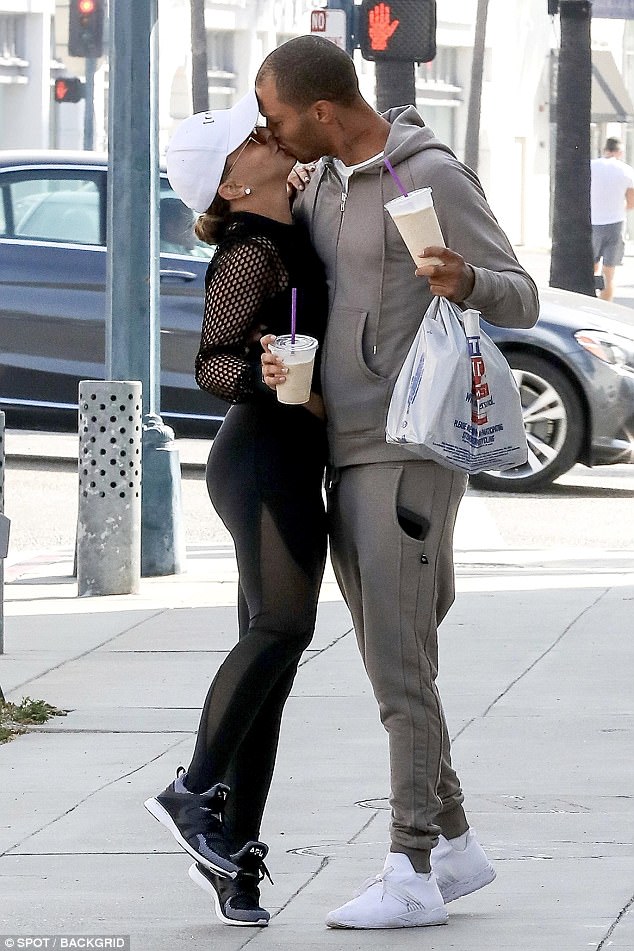 The 33-year-old model had slipped into a form-fitted fossil grey sweatsuit that day, while the daughter of Topshop mogul Sir Philip Green wore black.