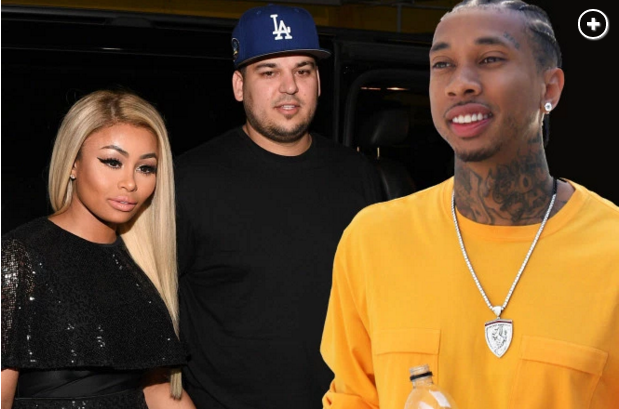 Tyga had a feeling that Rob Kardashian and Blac Chyna‘s relationship might be too much for the reclusive reality star.

Tyga, 27, divulged Thursday that he warned Rob about dating Chyna, with whom Tyga shares a son, King Cairo.

“I told him what the play was … This is what you about to deal with,” the “Rack City” rapper shared on 105.1’s “The Breakfast Club.” “Chyna, she’s just got a different mentality. She really is a good person at heart, but she’s been through a lot in her life, and she really didn’t have people to help guide her and stuff in her life.”

Tyga noted that he found out about Rob and Chyna’s relationship “on the internet,” but that didn’t stop him from giving Rob a heads-up about what he was getting himself into with the Lashed Cosmetics owner.

“I just knew immediately a n—a like him ain’t gonna be able to handle somebody like her. He coming from a whole different world,” Tyga elaborated. “He don’t know how she move or how she think. When you’re in love and when you don’t care what nobody else think … love just blinds you.”

Once Rob and Chyna were engaged and expecting a child, though, Tyga backed off.

“I told him … but I’m not going to intervene with what they got going on,” he said.

Tyga also told the morning show co-hosts that he is no longer in love with ex-girlfriendKylie Jenner (Rob’s little sister), but said he has “love for her.”