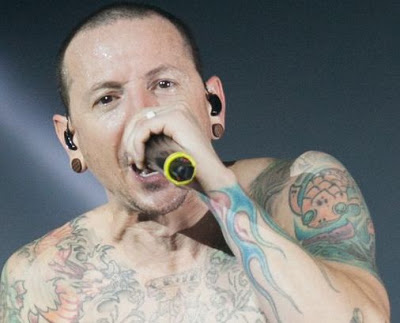 The people who are the most shocked about the suicide of Linkin Park frontman Chester Bennington are his bandmates, because they had planned a group photoshoot hours after Chester hung himself in his room.

The father of 6 was home alone at the time of the suicide. His family was out of town and he was found upstairs by an employee. Read the full report from TMZ below… 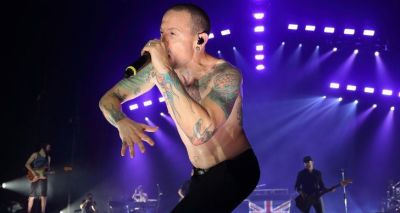 Bennington’s suicide was a shock to bandmates, because the group had plans for a photo shoot in Hollywood just hours after the Linkin Park singer was found hanging at his home.
Multiple sources tell us … Chester hanged himself in his bedroom. His body was discovered shortly before 9 AM PT Thursday by a housekeeper.

We’re told Chester arrived back in L.A. Wednesday from Arizona, where he and his wife were spending time. She stayed in AZ, but his return suggests the singer took his life Wednesday night or early Thursday morning.

Our sources say one of his bandmates showed up at Chester’s Palos Verdes Estates home shortly after police arrived. He said he was driving Chester to the photo shoot and was “absolutely shocked.”

The band also has plans to tour in 1 week, which made the suicide all the more shocking.