Yesterday, the body of Spanish painter Salvador Dali was exhumed following a Madrid Supreme court ruling in favor of a woman who claims to be his daughter.

The 61-year-old woman, Maria Abel says her mother, who was a maid in one of Dali’s seasonal homes in Port Lligat, maintained a secret relationship with the artist and now Abel wants a paternity test. 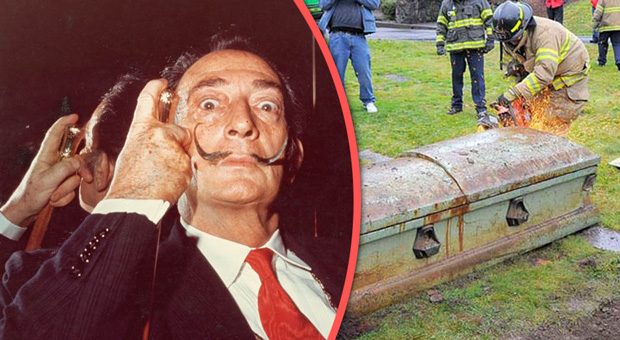 Abel once tried to complete a paternity test in 2007 with DNA samples from belongings her alleged father left behind, but results proved inconclusive. The Madrid Supreme Court agreed there were no other reliable remains and It stated the objective of the exhumation was “to get samples of his remains to determine whether he is the biological father of the woman who filed a claim to be recognized as the daughter of the artist.”

A stone slab had to be removed before forensic scientists could access the body, which has been resting in The Dali Theatre and Museum in Figueres, Spain since Dali’s death in 1989. They collected samples of DNA from the hair and teeth of the embalmed body, Abel’s lawyer says. Results are expected within two weeks.