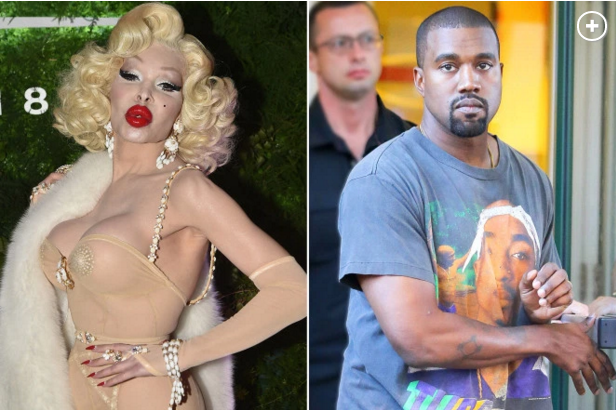 A New York Times profile this week on voluptuous Lepore says that in the book: “Ms. Lepore describes having an assignation with a famous rapper whose songs often play in the clubs she frequents. Soon after, she writes, he got married, and ‘I couldn’t help but think that his wife had a similar body type to me.’ ”

But rap fans may have to keep guessing.

A pal of Kanye’s shot down any such rumors by telling us: “That is not within the realm of possibility.” Lepore did not get back to us to confirm or deny the identity of the rapper of her alleged “assignation.”