Most of the conversation around Nintendo right now is understandably focused on the Switch, which has had a terrific launch and continues to be difficult to find in stores. And while the Switch is clearly the successor to the failed Wii U, its hybrid nature means that it should ultimately replace the 3DS as well.

But that’s not to say that Nintendo will or should abandon its venerable portable anytime soon. More than 66 million 3DS systems have been sold worldwide, and the Switch is priced at $299, which is more than three times as expensive as the base 2DS model. Nintendo will support the 3DS platform as long as it makes sense as an inexpensive, accessible entry point to the company’s software.

Enter the New Nintendo 2DS XL. It’s a new variant of the system with a fresh design, and it’s Nintendo’s new mainstream option. It’s designed to give the system one more boost toward the end of its lifespan; it has just about everything you’d ever want from a 3DS at an affordable price of $149.99. 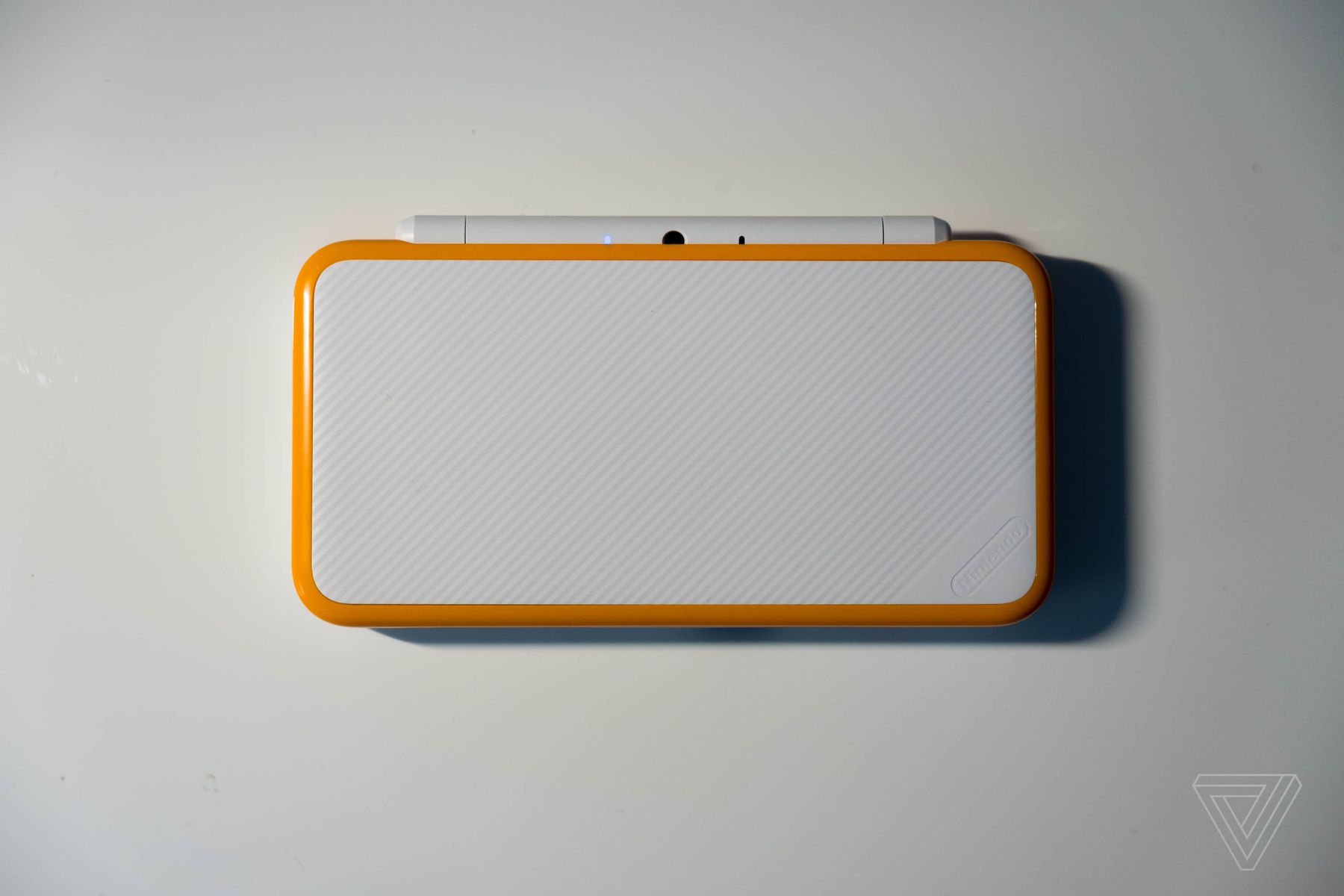 The name “New Nintendo 2DS XL” tells you everything you need to know about this device’s core functionality. “New” means it has the extra power, controls, and Amiibo support introduced by the New Nintendo 3DS in 2015. “Nintendo” means it plays Mario and Zelda games. “2DS” means the screen doesn’t display 3D imagery. “XL” means it has the same 4.88- and 4.18-inch screens as the larger 3DS models.

What the name doesn’t tell you is that the New Nintendo 2DS XL has easily the most appealing design of any “3DS” released to date. It’s the first model in the line that doesn’t feel like it has acres of wasted space everywhere. Nintendo has given the 3DS XL design several nips and tucks to tidy the form factor up, and almost every change is an improvement.

The footprint of the system’s lower half has been reduced by moving the home button below the D-pad, allowing for a slimmer bezel around the bottom screen. Meanwhile, the front-facing camera has been moved to the hinge, which results in similarly slimmer bezels up top. One trade-off is that the tubular hinge sticks out a little when the system is closed, but it makes a big difference to the size of the overall package. Another trade-off is that the new stylus is considerably shorter than you’d expect, though I don’t find myself using it very often anyway.

Overall, the New 2DS XL is sleek while remaining friendly and approachable. The colorful rim around the subtly striped top panel gives the system a bit of quirky flair when closed, and Nintendo has added little tweaks like a door covering the game card and microSD card slots that further smooth out previous models’ sharp edges. That change may be irritating for people who often switch out physical game cards, though at least you don’t need a screwdriver to access the microSD slot anymore.

POOR SCREENS ARE A DISAPPOINTING BLEMISH ON OTHERWISE GREAT HARDWARE

Most disappointingly, the screens are still awful TN panels. Nintendo actually does use unadvertised IPS displays on certain batches of the 3DS XL, for some reason, and it makes a huge difference if you’re lucky enough to get one. I was hoping that the 2DS XL might mark a full-on shift to better conventional screen technology, since Nintendo doesn’t have to source 3D-capable parts for this model, but my unit somehow has worse color reproduction and viewing angles than my DSi XL from 2010. It’s unsurprising, but it really isn’t good enough.

Still, this is the Nintendo portable to get, right? You get the best design and save $50.

It’s fair to say that 3D is less of a selling point for the 3DS today than it was upon release. The system was conceived at the height of Avatar hype, and as the interest in 3D movies and TVs has cooled, so has the interest in portable 3D video games. A lot of people I know, like Verge games editor Andrew Webster, never turn the 3D on for 3DS games. And some of the most popular newer releases, like Pokémon Sun and Moon and the upcoming Dragon Quest XI, don’t even support the feature in the first place, with developers choosing to spend the meager processing power elsewhere.

Nintendo isn’t abandoning the 3DS and neither should you

But personally, I like the 3D display, especially since the effect is so much more comfortable to see on newer 3DS models. I think it’d be a shame to miss out on it if you’re buying a 3DS for the first time. Many of Nintendo’s best games for the system, like Super Mario 3D Landand The Legend of Zelda: A Link Between Worlds make fantastic use of 3D, and the company even made a point at E3 this year of saying how good the effect is in Metroid: Samus Returns. Sega’s incredible 3D versions of classic arcade and Genesis games are almost enough to justify the 3D screen alone.

If I haven’t convinced you with the above paragraph, then yes, the New 2DS XL is the 3DS for you. 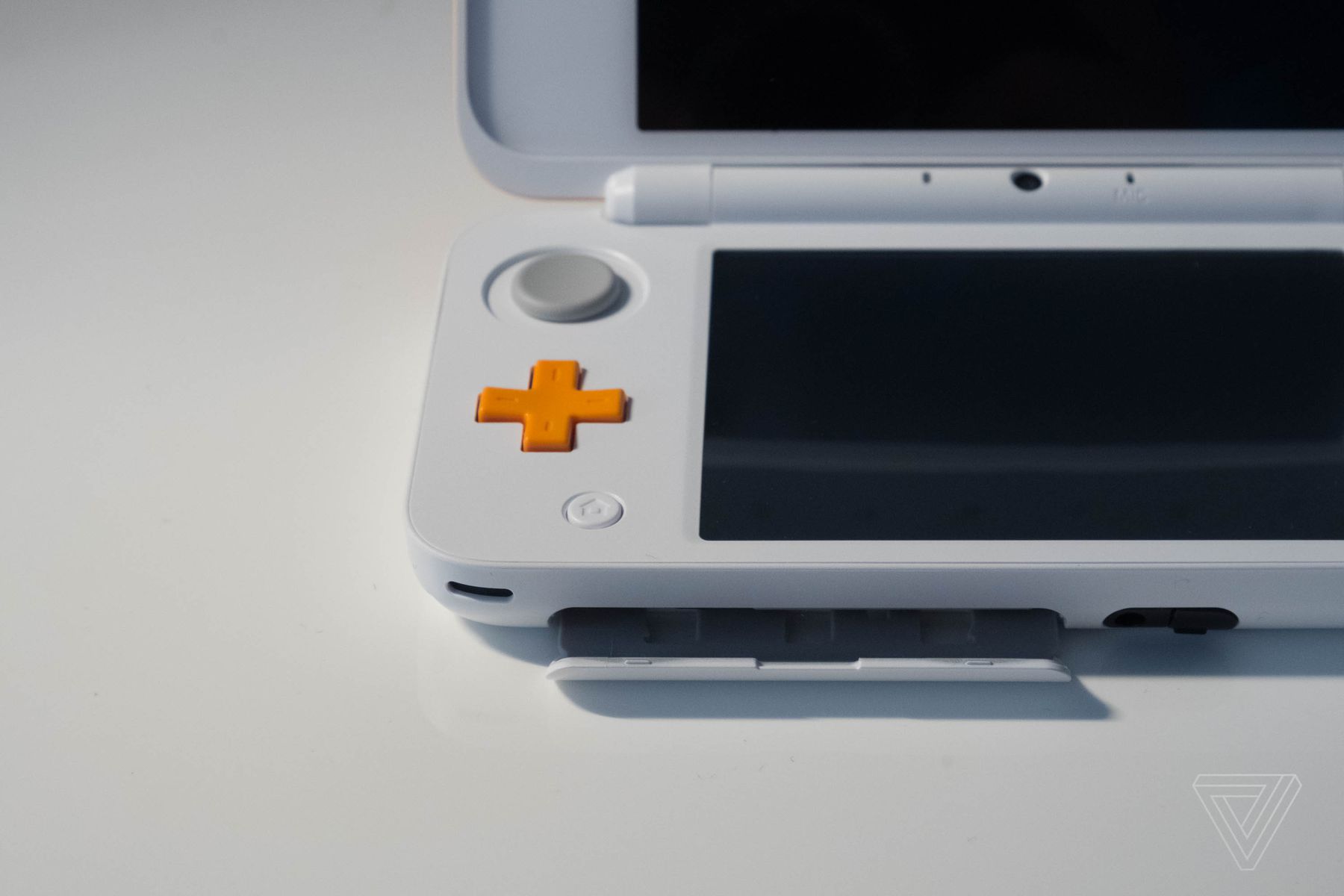 That’s where we’re at with the New Nintendo 2DS XL. If you really, truly don’t care about 3D, it’s absolutely the best 3DS yet. I don’t think I’ll be switching myself, unfortunately, because Nintendo’s archaic data policies mean I’d have to give up 3D altogether. I could move all my downloaded games to a 2DS XL, but then I wouldn’t be able to play them in 3D as they’d be removed from my current system. The new design is nice, but it’s not enough for me to go through with that.

THE NEW 2DS XL IS FOR THE LATE ADOPTERS

But then maybe the New 2DS XL isn’t meant to be for me. It’s for everyone who hasn’t yet jumped on board with the platform, who wants something more capable than the regular 2DS, and who doesn’t have much interest in 3D. If that sounds like you, this will be a great way to play the vast majority of the 3DS’s vast back catalog in 2D.

This is the best 3DS ever made for that. It has the neatest, most efficient design at an affordable price, and it grants you access to what has slowly grown into an outstanding library of software. You should definitely own a 3DS of some description if you’ve read this far, and you could do a lot worse than this one.