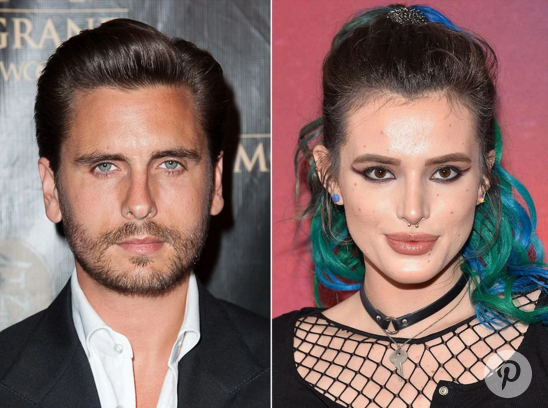 Bella Thorne was never with Scott Disick like that.

The 19-year-old actress spoke to Jenny McCarthy on her SiriusXM podcast The Jenny McCarthy Show on Monday, revealing that she is still friends with the 34-year-old reality star, but things never progressed beyond that.

When McCarthy asked Thorne if she was still with him, The Duff actress asked in what sense.

“I was never with him sexually,” Thorne said, laughing.

Thorne also said she never received pressure from the Kardashians to end their friendship.

“I’m very friendly with Kylie and Kendall,” she said. “Kylie and I used to be very close.”

“You have to know that… with any reality show, they want the drama, they want the stuff that sells,” Thorne continued. “I’ve never seen Keeping Up with the Kardashians, I saw one episode when I first started talking to Scott, and some people were like, ‘You’ve got to see who he is,’ and I said, ‘I don’t want to.’”

When it comes to Disick’s portrayal on the E! reality show, Thorne says she didn’t agree with how he was treated.

Disick and Thorne were first spotted “getting cozy” on a dinner date in Los Angeles two months ago. A source told PEOPLE in June that Disick was “still hanging out with Bella, but hooking up with other girls as well.”

“Like before, he and Bella have an understanding,” explained the source.

“They’re just hanging out, hooking up and having fun,” the source added. “Bella loves to party and is soaking it up.”

Despite telling Complex in a recent interview that she jetted out of Cannes after discovering Disick’s partying was too “hardcore,” Thorne has continued hanging out with the reality star, most recently for an evening spent in the 90210.

“I love to go out and have fun. I love to f—ing dance, but I just don’t party hardcore like that and it was way too much for me,” claimed Thorne, who also spent time with her ex-boyfriend Gregg Sulkin after she returned from France. “I was like, ‘Woah, this is not the way I live my life, bruh.’”