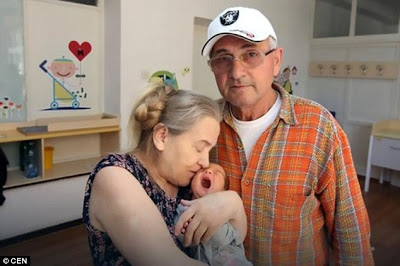 A 60-year old new mother who delivered a baby after 20 years of waiting and five rounds of fertility treatment has been dumped in the hospital by her husband. The new father dumped his wife of many years after he heard the baby screaming in the maternity ward and told his wife he was too old to deal with all that crying.

Atifa Ljajic, 60 was dumped by Serif Nokic, 68, on the same day their bundle of joy arrived in Novi Pazar, in western Serbia’s Raska District. Before leaving, he explained that the newborn daughter, who has been named Alina, would keep him up at night with her crying. He said that living with a baby at his age would be too damaging to his health.

When asked about why he abandoned his wife, he said: “She got what she wanted, now she is happy.”

While Atifa was still trying to get pregnant, Serif repeatedly warned her about the dangers of carrying a baby at her age. But she insisted on taking the risk. He said he went with the idea even though he was opposed to it at first. Now that the baby is here, he has refused to have her registered as his daughter and doesn’t want her bearing his last name. It is believed the couple used an anonymous sperm donor. If that’s the case, Serif is not the biological father. 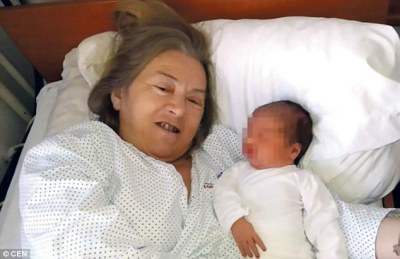 Atifa, who worked in a textile factory but is now a pensioner, also has health problems, including high blood pressure, but says she is ready to raise her daughter alone even though she is poor. She had wanted a child for years and as her 60th birthday neared, she had almost given up hope, when doctors told her she was pregnant following fertility treatment. Hers was a high-risk pregnancy and she stayed in hospital for the last three months leading up to the birth.

The birth of Alina is the fulfillment of her dreams and she’s willing to put up with everything that comes with it, including the loud wails.

I knew it would be a big risk at my age, but my only wish in my life was that I have a child, and it happened to me. I was not afraid of my life at all, God gave me courage. I have never felt better.