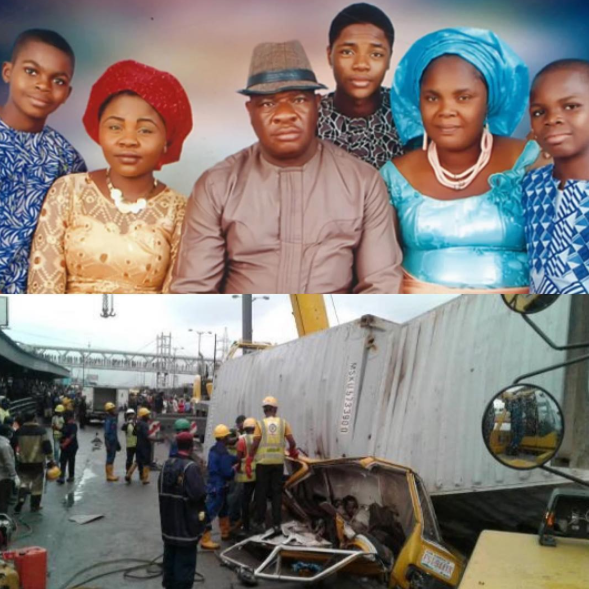 Vivian Ezechila, wife a Redeemed Christian Church of God pastor who recently lost her husband and two sons after a container fell on their vehicle while coming back from the monthly Holy Ghost service of the church has opened up on her heartbreak.
In an interview with Punch, the bereaved wife questioned the Christian stereotype that when a man dies, he has ended his race on earth. .
.
She noted that even if she could understand the death of her husband, the death of her two sons is unfathomable. Speaking on the numbers of children she had, the 49-year-old mother said:

“Four. Two died while two are still alive. .The surviving ones are Victoria and Emmanuel, who is in the university.”

When asked if the redeemed church had reached out to her, she responded in the affirmative. However, noting that the death of her two sons can not be justified. .
.

“Yes, they have. They came in large numbers, telling me not to be weary. They said he had finished his race. I asked them, “What about my two young children who died? Have they finished their race too just like that?” she said.