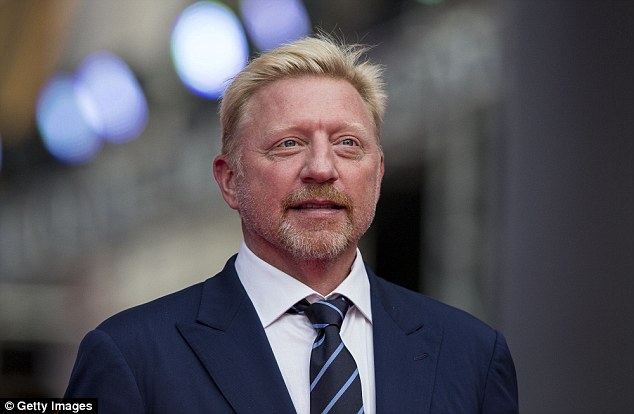 Wimbledon legend Boris Becker lost a huge part of his £100million fortune in dubious investments in Nigerian oil firms, it has been claimed.

German news magazine Der Spiegel  – citing documents from soccer whistleblowing platform Football Leaks – said Becker struck the deal in 2013 which contributed to his recent bankruptcy. Spiegel said the ‘mega-deal’ was brokered by a Canadian firm and a Nigerian employee of Becker, pictured.

It said documents show that in July 2013 Becker held shares in an oil and petrol firm in Nigeria. But the investments tanked and last month he was declared bankrupt. John Briggs, Becker’s lawyer, told the London court:
‘He is not a sophisticated individual when it comes to finances.’
Becker, now 49, was once estimated to be worth upwards of £100million. He was declared bankrupt over undisclosed sums owed to London-based private bankers Arbuthnot Latham & Co since 2015.

Remaining assets will be disposed of to pay creditors. Among earlier cash woes, Becker was landed with divorce and paternity settlements in 2001 totalling more than £20million – to his first wife, Barbara, and Angela Ermakova, the Russian model who had his baby after a brief encounter in a London restaurant.
The next year Becker received a two-year suspended sentence for tax evasion. He was ordered to pay £2.5million in back tax, fines, and costs after claiming Monaco as his main residence while mostly living in Munich. And in 2011 a Dubai property development to which he lent his name went bust.