Ghanaian/Nigerian actress, Christabel Ekeh has finally reacted to the release of nude photos on her Instagram page.

According to the actress who recently disclosed that she has fallen in love with a guy who kidnapped her, the pictures is a depiction of the “new” Christabel Ekeh who does not care about what people say about her.

She indicated that her page was not hacked like was reported on several platforms but rather she was showing Ghanaians of her new identity adding that any individual who has more question should just look at the pictures and it will tell them more.

On why she decided to unfollow everybody on the social media platform, the actress indicated that she had found God and will want to follow only him so why should she follow her fellow human beings who are full of sin.

Ghanaians wokeup last week to nude photos of the actress on her Instagram page. A section of Ghanaians were of the thought that her account had been hacked hence the release of her treasure photos. 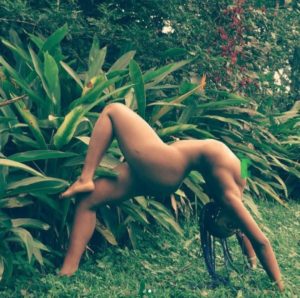 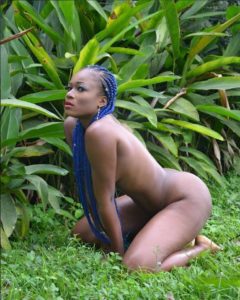 Tabitha Ekeh says she sees her sister as someone in her right senses who has done a good job and needs to be applauded. Speaking on Peace FM Saturday afternoon, Tabitha disclosed that Christabel Ekeh who is currently out of the country would explain herself at the right time because all the pictures Ghanaians are seeing on social media were captured for a good purpose.

She went on to give reactions of her family when they first saw the pictures. Listen to Tabitha Ekeh making comments on her sister’s nude pictures, which have got the whole country talking.