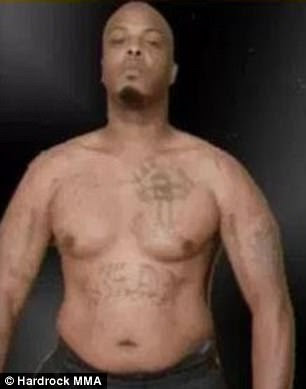 An amateur MMA fighter 37 year old  Donshay White, passed away on Saturday night after a fight at an event in Louisville, Kentucky. White collapsed and became unresponsive following a heavyweight fight against Ricky Muse.  It was the wrestlers first time back in the ring in nearly two years, and was immediately stopped when he failed to protect himself against Muse.

The referee, Gary Copeland, had to step into the ring two minutes and 22 seconds into the second round after White could not block a number of brutal hits from Muse.  He was responding and seemed fine to referee Gary Copeland throughout the battle, but seemed exhausted just after it ended and received immediate medical attention.

He was later rushed to the hospital where he later died.

The specific cause of death is not known yet.