A 27 year old experienced sky diver Capotorto Vitantonio who was married, jumped from a plane Tuesday morning about 10 a.m., just seconds before the crew received an urgent message from dispatchers on the ground, telling them to stop him from jumping. But by that time, it was already too late.

She said her husband had just sent her a video saying he was “not going to pull the cord and that he was going somewhere wonderful,” police said. 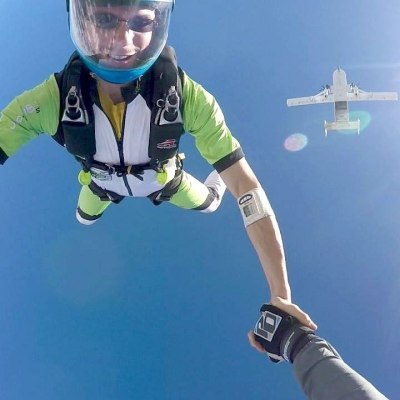 Richards immediately radioed the plane, but by that time, it was already too late as Vitantonio had already jumped.

Richards told police she had seen Vitantonio before the flight and “he had seemed normal.”

When the police arrived, they started searching for Vitantonio on the ground. They eventually found him face down in an open field near the runway.

DeLand Police said Vitantonio jumped and did not pull the cord to open his parachute, after jumping from 13,500 feet above DeLand, Florida, on Tuesday’s first flight of the day, according to a revised police report released Friday.

A chaplain was called to the scene to let his wife know that Vitantonio had died.

Vitanonio, an Italian national, and his wife worked for United Parachute Technologies ? a parachute maker in DeLand.