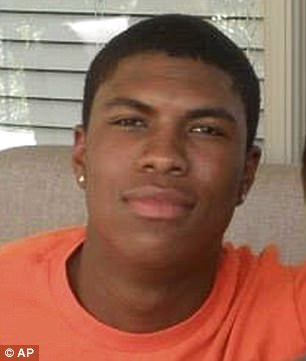 A Serbian man charged in the beating death of American tourist Bakari Henderson claimed he was an innocent bystander in the ‘wrong place at the wrong time’ after he was released on bail.

Nenad Jovanovic, who was released on bail with another Serb, said the two did not participate in the mob that was captured on CCTV footage attacking Henderson on the Greek island of Zakynthos.

The 22-year-old Jovanovic told B92: ‘I saw big chaos, pushing around, nothing else. I feel bad that we were there in the first place.’

Nine people were arrested and charged with intentional homicide after a fight broke out over Henderson’s selfie with a waitress at the Bar Code bar in the tourist area of Laganas, according to Greek police spokesman Theodoros Chronopoulos.

Six other suspects – a Greek bartender, a British citizen of Serbian origin, and four other Serbs – are jailed pending trial.

The last of the nine suspects is slated to appear before an investigating judge on Sunday before a decision is made about whether he will be held pending trial or released on bail.

Henderson, who had just graduated from the University of Arizona in May, was in Greece doing a photoshoot to launch his own fashion line, his family said. 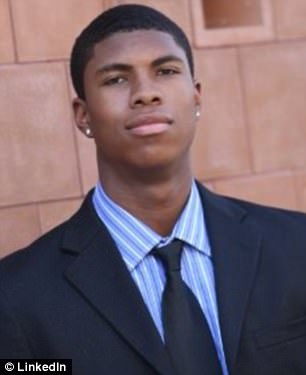 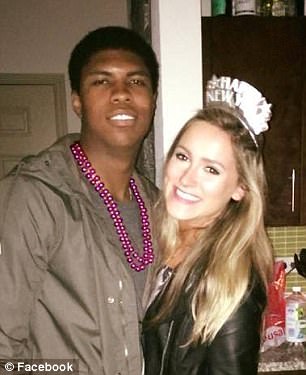 According to the Greek Security Division the incident began at 3.15am on Friday at Bar Code.

Henderson was at the bar on a night devoted to Serbians when he reportedly asked to take a selfie with a waitress.

A 33-year-old Serbian took issue with this and got into an argument with the waitress before he hit Henderson, who smashed a beer bottle on another table, according to Chronopoulos.

In the CCTV footage, obtained by Greek newspaper Protothema from a bar on the same street as Bar Code, Henderson can be seen running along the sidewalk trying to get away from a mob that was in pursuit.

A man can be seen body slamming Henderson into the front of a car from the right hand side and the 22-year-old begins to fall to the floor.

The mob then continues to kick him during the 20-second assault.