A 20-year-old man now has a big toe for a thumb after his old one was crushed by a cow on a cattle farm.

Surgeons made the switch after Zac Mitchell had the unfortunate accident in the Northern Territory, in Australia.

A cow knocked him to the ground and in the ensuing melee his thumb was ripped off by a gate.

Mitchell said when he got to his feet he saw the thumb hanging loosely on the fence. 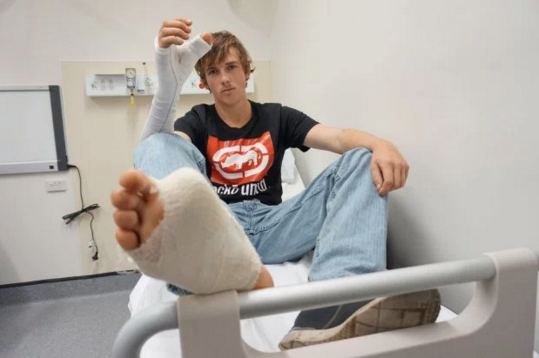 Dr Sean Nicklin, a plastic surgeon, told him a big toe would give him better function because it was similar to a thumb.

‘And although it’s a bit big, it actually looks more like a thumb than other things that we might do.

‘So you just know that it’s going to be the best replacement for a thumb.’

Mitchell hasn’t looked back since his operation and hopes to be riding bulls again by Christmas, which is his favourite hobby.