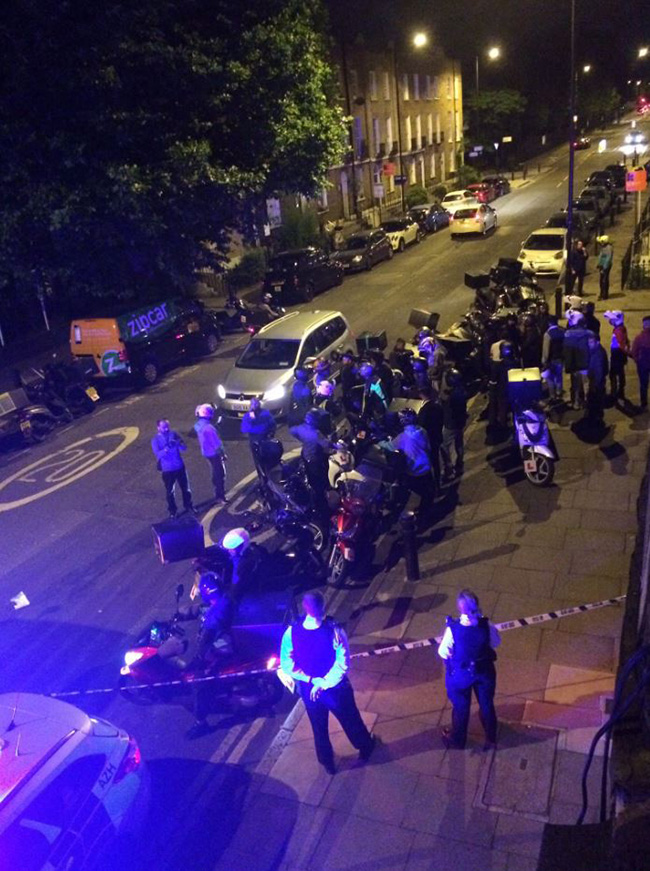 Two men on a moped carried out five acid attacks during a spree across London which lasted less than 90 minutes, police said.

The Metropolitan Police said one victim had been left with ‘life-changing’ injuries after being doused on Thursday night in the east of the capital.

The assaults appeared to be linked and two involved victims having their mopeds stolen, they added.

A male teenager was later said to have been arrested on suspicion of grievous bodily harm and robbery and has been taken to an east London police station.

At the start of the rampage, a 32-year-old moped driver had been approached by the pair as he drove towards the Hackney Road junction with Queensbridge Road.

The two male suspects had tossed the noxious substance into his face before one of them jumped on to his vehicle and drove away.

Police said the man had gone to an east London hospital and they were awaiting an update on his injuries.

Little more than 20 minutes later, at around 10.50pm, another victim had been sprayed with searing liquid by the pair on the Upper Street junction with Highbury Corner, Islington.

The victim was taken to hospital in north London.

Then at around 11.05pm, the fast-moving attackers swooped on a man in Shoreditch High Street, tossing the substance in his face.

His injuries were not life-threatening, police said.

Within 15 minutes, they appeared to have struck again, launching their corrosive load at a man on Cazenove Road and causing ‘life-changing’ facial injuries.

The final assault of the night was reported to police at 11.37pm, when another man was confronted as he sat on his moped in traffic on Chatsworth Road.

After again spraying the liquid in a victim’s face, the moped was stolen and both attackers fled.

The Met Police said in a statement: ‘Inquiries are ongoing and officers from Hackney CID are investigating.

‘Any witnesses, anyone with information or in possession of footage of these incidents should contact police on 101 or tweet @MetCC. To remain anonymous you can call Crimestoppers on 0800 555 111.’

The string of assaults comes just days after a man appeared in court accused of throwing acid at an aspiring model and her cousin.

Resham Khan, 21, and Jameel Muhktar, 37, were left with life-changing injuries after the attack on Ms Khan’s 21st birthday in Beckton, east London.