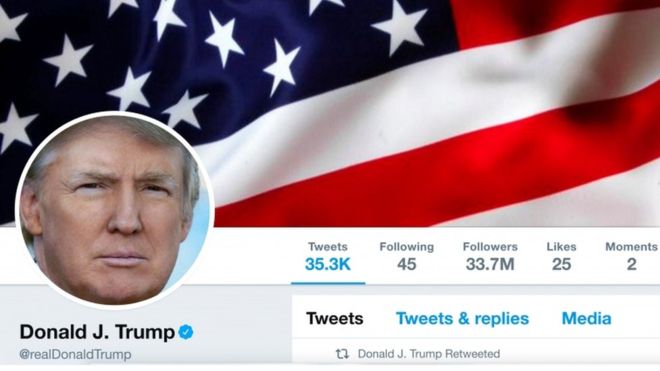 The seven Twitter users involved claim their accounts were blocked by the president, or his aides, after they replied to his tweets with mocking or critical comments.a\

The legal complaint argues that by blocking these individuals, Mr Trump has barred them from joining the online conversation.
It calls the move an attempt to “suppress dissent” in a public forum – and a violation of their First Amendment right to free speech.