After months of anticipation, one of the biggest icebergs ever recorded has finally broken off the Larsen C ice sheet in the West Antarctic.

The iceberg weighs a staggering trillion tons and has an area of 2,239 sq miles (5,800 sq km), making roughly the size of Delaware or four times the size of London.

It was found to have split off from the ice sheet after scientists examined the latest satellite data from the area.

The process, known as calving, occurred in the last few days.

The ice shelf has now decreased in size by 10 per cent, leaving the ice front at its most retreated position ever recorded.

If the glaciers held in check by the iceberg now split into the Antarctic Ocean, it could lift the global water mark by about 10 centimetres (4 inches).

The iceberg, which is expected to be dubbed ‘A68’, is predicted to be one of the 10 largest icebergs ever recorded. 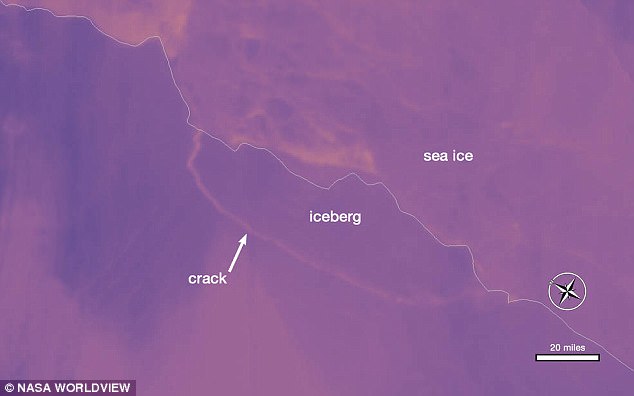 NASA released this thermal wavelength image of the  large iceberg, which has calved off the Larsen C ice shelf. Darker colors are colder, and brighter colors are warmer, so the rift between the iceberg and the ice shelf appears as a thin line of slightly warmer area. Image from July 12, 2017, from the MODIS instrument on NASA’s Aqua satellite. 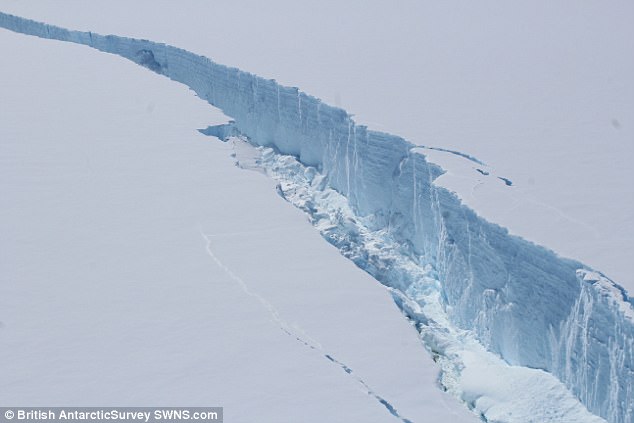