President Donald Trump and First Lady Melania Trump have arrived in Paris to commemorate the 100th anniversary of the United States’ entry into World War I and the Bastille Day.

The first couple arrived at Orly airport just after 8:30 am with Melania sporting a chic red blazer and skirt combination paired with red pumps, while the president remained in the same suit with the same tie that he had on when he left Washington.
Melania Trump split off from her husband to tour Hôpital Necker – Enfants Malades, a children’s hospital in Paris. 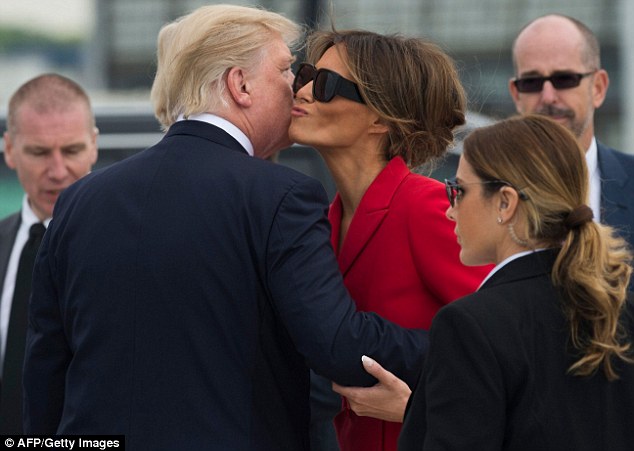