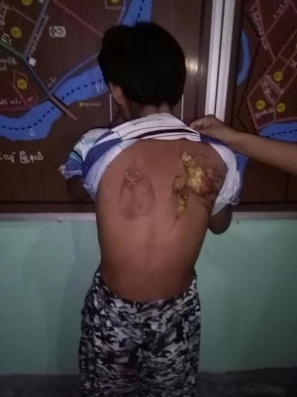 A married couple have been arrested for the horrific ways they tortured their teenage housemaid.

All through the period of torture, Tun Tun, 32, and Myat Noe Thu, 30, branded their 13-year-old maid with a hot iron, doused her in boiling water and pricked her eyes with pins. The couple also battered the girl with sticks.
Concerned neighbours contacted police after they heard the attacks. The couple were arrested on June 3. They were initially held in custody but were released on bail last week after the charges were reduced from causing grievous hurt with weapons to the lesser causing hurt with weapons.

Tun Tun laid the blame on his wife, telling officers that she was the one who attacked the girl with an iron as well as sticks and hot water. He also complained that his wife was abusive towards him. 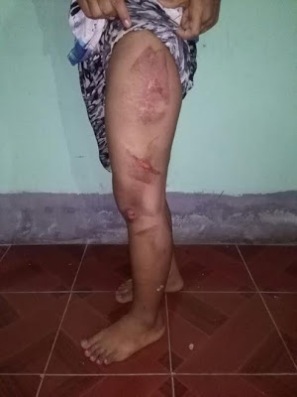 Pictures taken by officers at the Dagon Township station in Yangon, Burma, show painful wounds across the girl’s face, chest, back arms and legs, Mirror reports.
A police report stated:

“On the morning of June 3 at about 9 am the hosts living in room 402 were arrested accused of torturing the domestic worker.
“According to the investigation, Tun Tun and his wife were found to be responsible to this. The wounds were checked and verified. The child has been taken now by the Social Welfare Department. Under the relevant laws the police will continue to take action.”