A prominent Australian businessman has plunged to his death while parasailing inThailand, with his wife capturing footage of the horrifying fall from the beach below.

Roger John Hussey smiled for his wife, who filmed him as he stood on Kata Beach, in Phuket, and prepared to take part in the water sports activity on Wednesday.

But just moments after being lifted up into the air, the 70-year-old fell more than 100 feet into the shallows below as his wife and dozens of horrified beachgoers watched on. 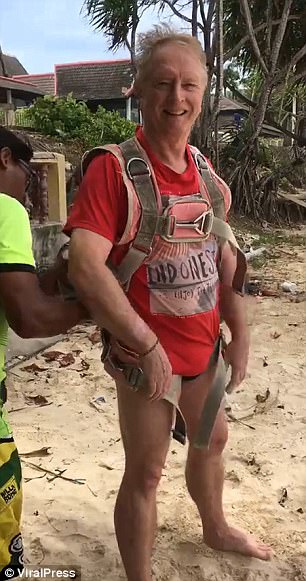 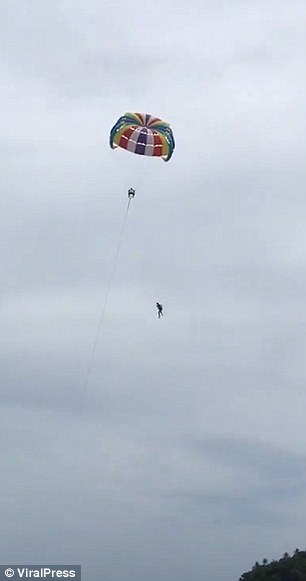 Emergency services rushed Mr Hussey to the nearby Patong Hospital but he was pronounced dead a short time later.