She gave birth to daughter Shiloh Nouvel on May 27, 2006 in Swakopmund, Namibia.

And Angelina Jolie and her Namibian-born daughter jetted off to the African country earlier this month to officially open the Shiloh Wildlife Sanctuary.

The sanctuary, named in honor of the 11-year-old, is part of the N/a’an ku sê Foundation.

The new sanctuary is funded by the Jolie-Pitt Foundation; she and estranged husband Brad Pitt gave the foundation a $2 million grant in 2011.

Animals like rhinos and elephants will be cared for at the Shiloh Wildlife Sanctuary – saved from poachers and abusers; the foundation called it a ‘place of hope’ and a ‘second chance’ for the animals. 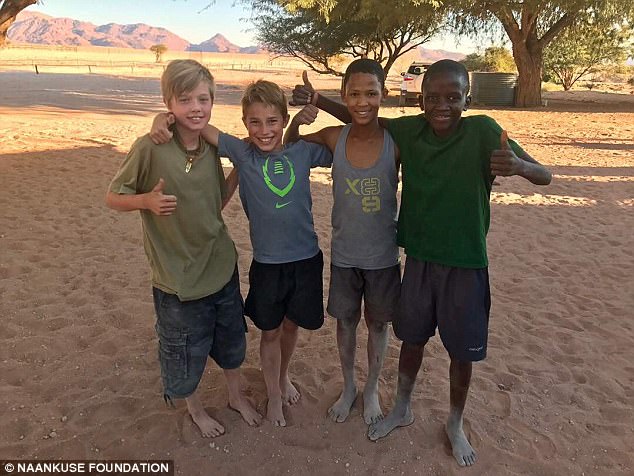 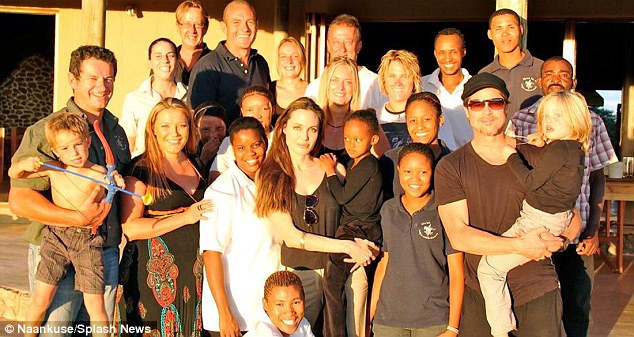 Blast from the past: Angelina and Brad took their kids to the foundation in 2010