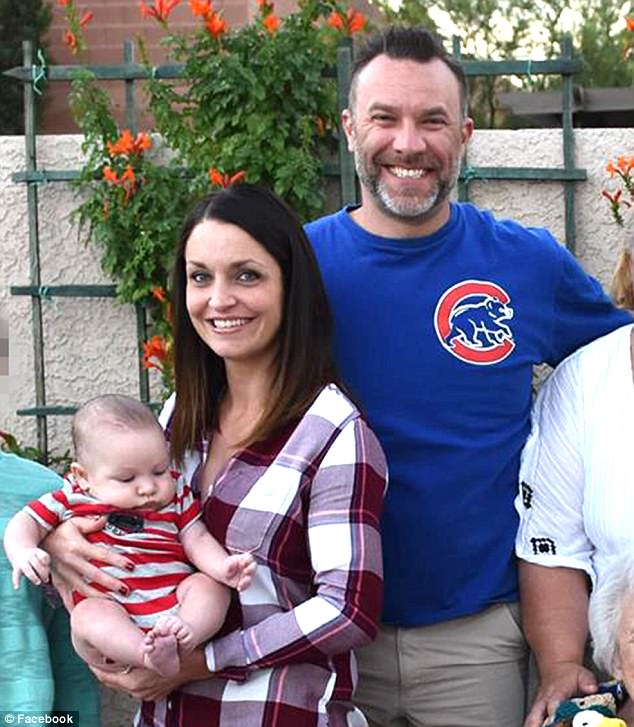 The medical director of the American Red Cross killed his infant son, his girlfriend and their pet dog police in Nevada say.

The bodies of Dr. John Lunetta, 40, his girlfriend Karen Jackson, 35, and their son John Jr. who would have turned one-year-old Wednesday, and the family’s dog were discovered Monday night in their Las Vegas home.

Police say they were called recently to the home over a custodial argument, but not a physical one. Lunetta owned a gun legally. They say he fatally killed his family before turning a gun on himself.

He worked as the medical director for the Nevada region with a focus on their blood services.

Neighbors said Lunetta had a reputation for having had many women over to the house before Jackson moved in about a year and a half ago.

They never saw the couple fight or argue and they never believed he was capable of murder according to News 3 Las Vegas.

However rumors had emerged that Lunetta was controlling and the couple argued a lot, said some neighbors.

They also saw a moving truck in front of the home over the weekend and wondered whether Jackson was leaving.

Jackson had just passed a certification test to become a family nurse practitioner.

Her SUV, still parked backward in front of the home, has a stack of nursing textbooks in the back seat next to a baby’s car seat