But Hollywood actress Drew Barrymore, 42, proved she is quite the whizz in the kitchen after sharing an Instagram photo of perfect hard boiled eggs.

Complete with soft yolk centres and creamy whites, Drew told her 7.3 million followers she was about to enjoy the dish as a quick snack – but not before revealing her very unusual method of cooking them, that doesn’t require the use of a stove 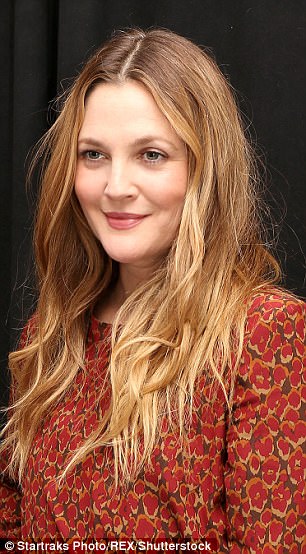 Delia Smith, for example, asks cooks to bring the water to boil and then simmers the pan for six minutes for a slightly gooey centre, and seven if you like them cooked through.

But though Drew’s method takes longer, she says it still works just as well without the use of a flame to heat the pan underneath.

Several of the actress’s followers tried the method – with mixed results.

User Chiernie agreed with Drew that the no-boil method was the ‘best way to do it’.

Meanwhile Snezana.p.zI said: ‘I do that at work if I didn’t have time in the morning at home. People at work freak out that it actually works.’

But Hartline530 said: ‘Tried and did not work. And I wasted two eggs like wtf???’

Azmelia_caroline7164 agreed, and added: ‘I tried this, the egg did not cook.’