Officers claimed 35-year-old Dale Ewins, who was dressed as the villain from Batman, was holding a gun.

However the venue in Melbourne, Australia, has accused police of overreacting, saying that the ‘male victim was not holding anything in his hand’, and that the gun on his person was a toy that he had registered as part of his costume.

Police said they received multiple reports that a man was armed with a gun in an upstairs room at Inflation nightclub before 3am on Saturday.

Dale and Zita Sukys were at the club for the Saints and Sinners swingers event, which Inflation claims it has held for 20 years without incident.

Around 100 people in total were at the party, according to news.com.au

‘Police called on the male, the male took the firearm from his pants and aimed it at police,’ she said.

Officers shot the man and hit him in the torso after he allegedly pulled out a gun. He was also later tasered. 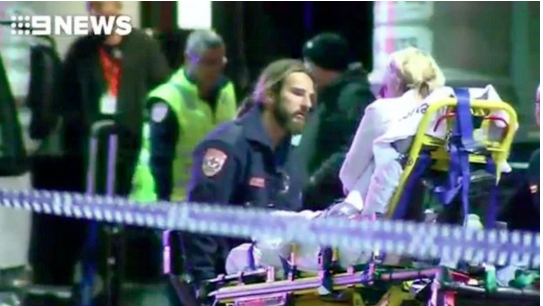 Zita, dressed as Harley Quinn, also suffered a gunshot wound to the leg and was taken to hospital with non-life-threatening injuries.

Dale remains in a serious condition, but his injuries are also non-life-threatening.

A witness told local paper The Age that the couple were engaged in a sexual act in front of other event-goers when around 40 police officers stormed in.