Nana Kofi Twumasi-Ankrah, has been selected as a new personal assistant by the Queen, making him  first black equerry in British history.

Major Nana Kofi Twumasi-Ankrah, a Ghanaian-born officer who fought in the Afghanistan war, will fill one of the most important roles in the royal household, The Times reports. Major Twumasi-Ankrah moved to the UK from Ghana with his parents in 1982 and studied at Queen Mary University of London and the Royal Military Academy at Sandhurst.

As an equerry, Major Twumasi-Ankrah will act as one of the Queen’s most-trusted attendants, assisting her with official engagements and welcoming high profile guests to royal residences.

The appointment is said to be especially important now the Duke of Edinburgh is set to retire from public life this year.

Major TA, 38, moved to the UK from Ghana with his parents in 1982. He studied at Queen Mary University in London and the Royal Military Academy Sandhurst.

He joined the Blues and Royals to become the first black British Army officer commissioned into the Household Cavalry and acted as escort commander for the wedding of the Duke and Duchess of Cambridge in 2011.

In the same year, he commanded the Blues and Royals taking part in the Queen’s birthday parade. 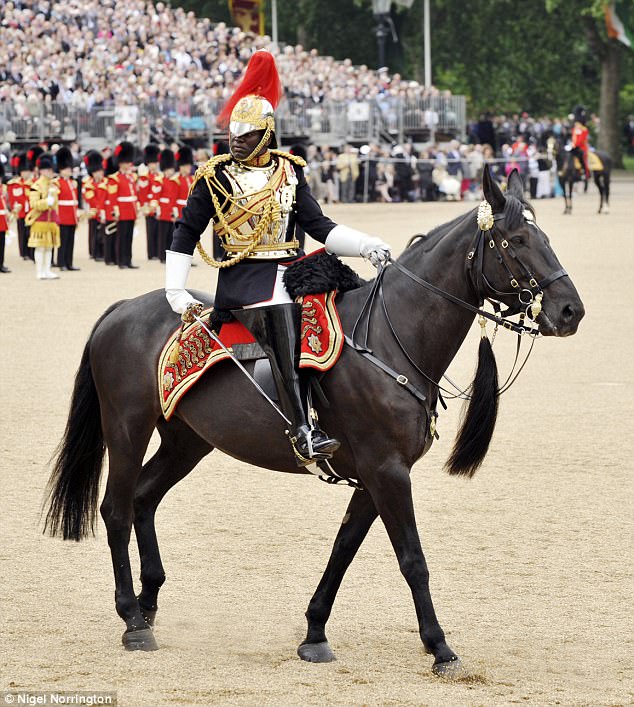