At first glance, this real estate photograph appears to show a rustic kitchen with timber floors and crafted antique windows.

But an eagle-eyed onlooker noticed something different about the image of the Melbourne property that was listed up for sale on Bell Real Estate’s website.

So can you spot what’s unusual in this professional picture? 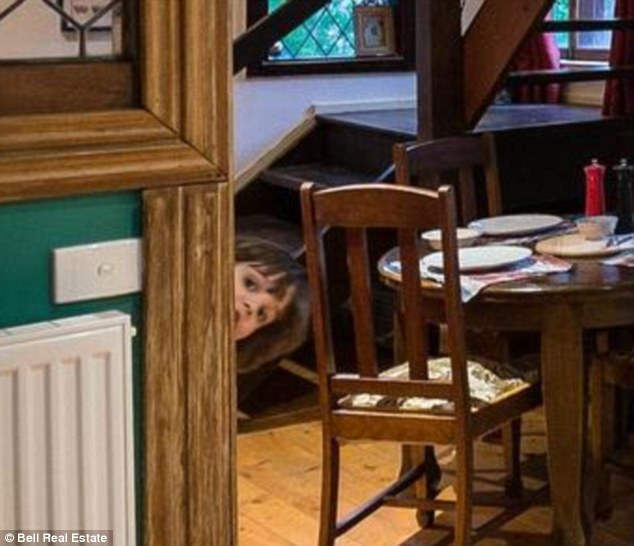 Upon closer inspection, there’s a cheeky three-year-old boy poking his head from the dining room into the kitchen.

And much to the family’s surprise, his mother said she wasn’t aware about her son Henry’s photobombed until a friend brought it to their attention.

Jenny McAdam said she doesn’t know how little Henry manage to sneak his face into the frame after keeping a close eye on him away from the photographer.

‘We were huddling in the laundry locking him in. Even the real estate agent was helping me keep him out of the shots,’ Ms McAdam told News Corp.

‘I just don’t understand it because he usually refuses to have his photo taken.

‘But he loves doing whatever he’s told not to do… so I guess that’s why he was so keen to get out of the laundry and see what the photographer was up to.’

‘I am literally obsessed with this kid who snuck into his family’s professional ‘house for sale’ photo shoot,’ she wrote.

‘DISCLAIMER: I actually know this kid and this house, it’s fantastic and you should all buy it and move out to Belgrave with us.’