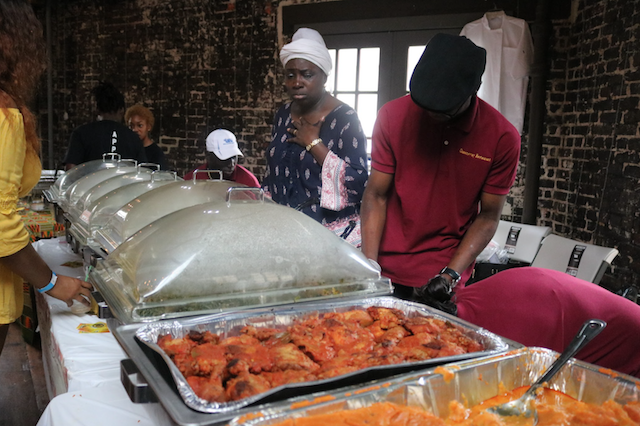 On July 2, 2017, Ms. Atinuke Ogunsalu of Queensway Restaurant & Catering in Maryland, US, became the winner ofthe first ever Jollof Hackathon presented by I/O Spaces during Jollof Festival In Washington DC. The event was organized by Afropolitan Insights.

Ms. Ogunsalu put skeptics to shame with her win and proved to all that Nigerians can indeed cook Jollof when she secured her country the win at the event. Her competitors at the event were Cameroon, Ghana, and Sierra Leone.Jollof is cooked in a single pot with rice and a tomato-based stew plus preferred meat, fish or poultry. It is very popular the world over especially among West Africans.

The winning chef arrived at the event venue; 1630 19th Street in North West of Washington DC, with high hopes despite heavy opposition fueled by the popular assertion at that Nigeria Jollof, was indeed nothing to write home about.

A good number of the over 600 people that attended the #JollofFestival had high expectations of team Ghana Jollof to win, unfortunately, Ghana sold out due quickly of food, though they had called for backup it never arrived on time so they were beaten by the clock.