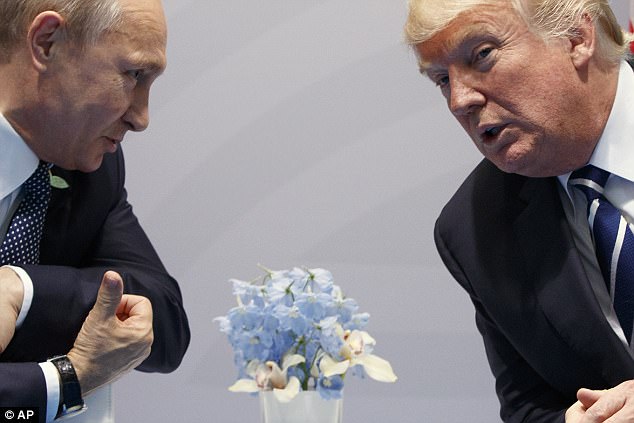 Did President Donald Trump press his Russian counterpart, Vladimir Putin, about his government’s alleged hacking of the US election? Or did Trump accept Russian denials that Moscow was involved?

It depends upon whom you ask.

The White House and the Kremlin have differing versions of the two-hour sit-down between the two leaders in Germany on Friday.

Russia’s foreign minister said on Friday that Trump has accepted Putin’s assurances that Moscow didn’t meddle in the 2016 US presidential election.

Sergey Lavrov made the claim to reporters following Trump and Putin’s lengthy meeting on the sidelines of an international summit in Germany. 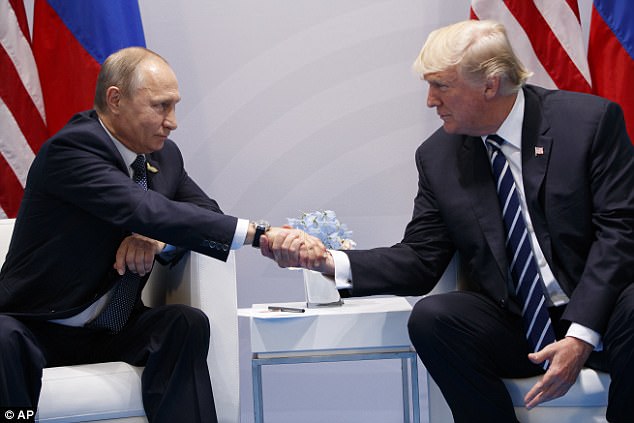 Tillerson said the US and Russian presidents had a ‘robust and lengthy’ discussion about the interference, though Putin denied involvement.

He said the Russians have asked the US for proof and evidence of their alleged interference in the 2016 election, which Russia denies.

He said the president pressed Putin on the issue and that they’d agreed to follow-up meetings.

Tillerson said the president was ‘rightly focused on how do we move forward from what may be simply an intractable disagreement at this point.’ 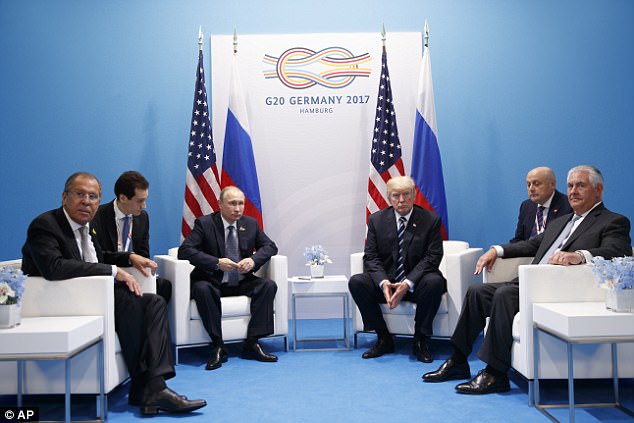 US intelligence officials have blamed Russia for election hacking and other efforts to influence the election to help Trump win.

Trump and Putin agreed on one aspect of Moscow’s meddling in the 2016 U.S. presidential campaign: The issue has become a hindrance to better relations.

US lawmakers of both parties had demanded that Trump not shy away from the issue in his highly anticipated meeting with Putin.

Trump has avoided stating unequivocally in the past that Russia interfered, even as investigations proceed into whether his campaign colluded with Russians who sought to help him win.

The Virginia Democrat, vice chairman of the Senate intelligence committee, says Trump had undermined his case on Russia interfering in the presidential race well before he met Friday with Putin.

Warner says statements by the administration that Trump pressed Putin on Russia’s efforts to influence the election ‘would have had much more force’ if Trump hadn’t previously expressed doubts about who was behind cyberattacks.

Warner says Trump also hurt his case by previously criticizing the integrity of US intelligence agencies that attributed the meddling to Russia.

House Speaker Paul Ryan says it’s no surprise that Putin is assuring Trump that Moscow didn’t meddle in the 2016 US presidential election.

Ryan was asked at a news conference about Putin’s comments made during a meeting with Trump on Friday on the sidelines of an international summit in Germany.

Ryan says he’d expect Putin ‘to deny what clearly he has done over the years, not just with the U.S. election but other elections throughout Europe.’

The Wisconsin Republican says that ‘it comes as no surprise to me Vladimir Putin would deny what we know they did.’

Ryan repeated that he doesn’t believe Russian interference in the presidential election affected its outcome.

But he says that ‘nevertheless, they tried.’

Russia’s foreign minister says that Russian military police will monitor a cease-fire in southwestern Syria, under a Russia-US deal.