It may been a night to celebrate basketball’s best stars.

But Nicki Minaj managed to shine brighter than all of them.

The  34-year-old rapper scintillated as she performed at the first ever NBA Awards on in New York City Monday night.

It was quite the moment for the beautiful star as she was the only musical performer at the event held to honor the best athletes of the 2016-17 season.

She put on an eye-popping display in a white two piece top and tiny shorts combination.

The look was reminiscent of the S&M outfits popularized by Madonna as it featured straps all over it as she teamed it with a pair of matching thigh-high boots. 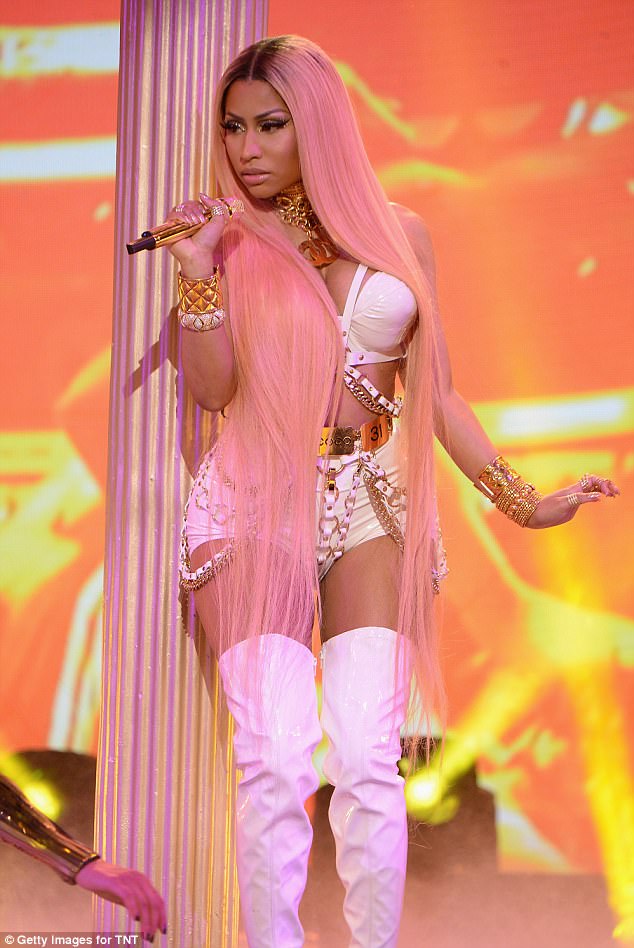