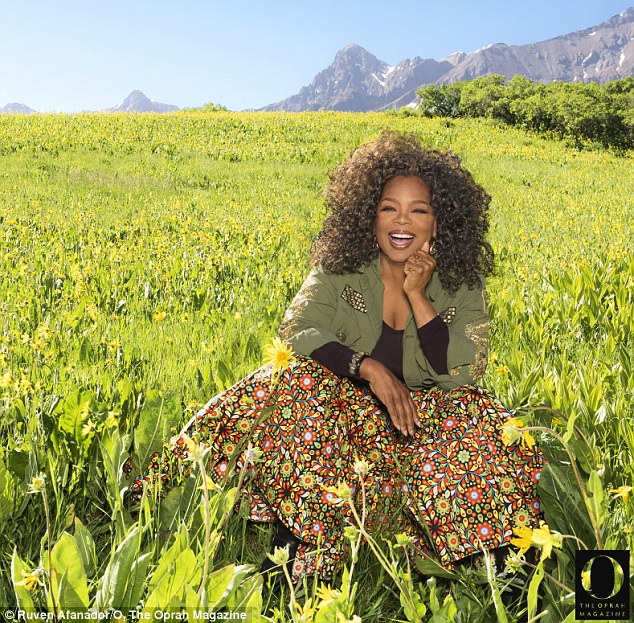 Oprah Winfrey has never been shy about her struggle with weight loss.

So it’s no wonder the 63-year-old TV personality was thrilled to show off a smaller waistline in the April issue of O, The Oprah Magazine.

She’s been shedding the pounds since joining Weight Watchers in August 2015 and was excited to reveal: ‘Nearing the 45-pound weight loss mark is a great feeling!’

A great feeling!’: Oprah Winfrey reveals she has nearly lost 45 pounds since joining Weight Watchers in August 2015 in the April issue of O, The Oprah Magazine

However, the media mogul did preface the statement by explaining, ‘After spending literally years on more diets than I care to count, I finally made the shift from dieting to a lifestyle change.

‘Everyone is different, but for me what’s worked is Weight Watchers… Today I’m more conscious about what I eat, balancing indulgent things with healthier options.

‘I leave the table feeling satisfied – and to me, that’s far more important than any number on the scale.’

The former talk show host – who has a 10 percent stake in the company and is their spokesperson – looked stunning for the photo shoot in Telluride, Colorado, where she owns a mansion in the mountains.