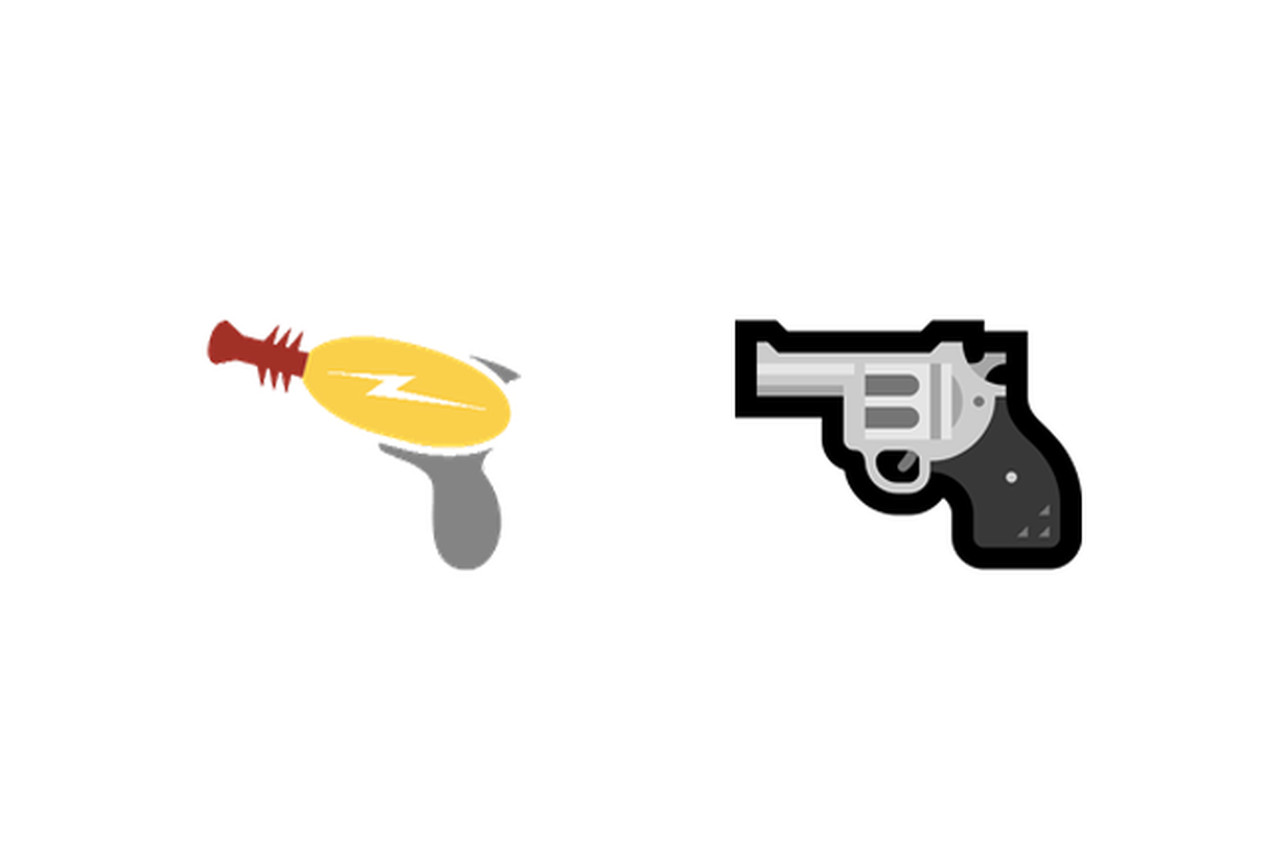 Microsoft this week replaced a toy gun emoji with a real revolver in an apparent need to conform to universal emoji standards. The change, which arrived with the company’s Windows 10 Anniversary Update on Tuesday, is part of a larger emoji redesign project Microsoft embarked on months ago to refresh its library with new designs. “They needed to feel more human, more personal, more expressive. It was time for a significant update, and Microsoft placed a bet on the strength of its Design Language,” the company wrote in a blog post this morning.

It’s unclear why Microsoft felt the need to replace its old toy gun, which resembled a sci-fi space blaster, with a real firearm. It does, however, put the company at philosophical odds with Apple. The iPhone maker just last week announced new emoji, including a squirt gun to replace its revolver in an effort to promote a more playful attitude with its collection of icons. Both companies are part of the Unicode Consortium, the technical organization that oversees emoji standards so that they translate equitably across devices and mobile operating systems. Each company can tailor how its own emoji characters appear to users, and Microsoft decided it made more sense to use a real gun rather than a toy one.

MICROSOFT AND APPLE HAVE DIFFERENT PHILOSOPHIES ON DESIGNING GUN EMOJI

“Our intent with every glyph is to align with the global Unicode standard, and the previous design did not map to industry designs or our customers’ expectations of the emoji definition,” Microsoft said in a statement to Engadget about the revolver emoji. “We will continue to work with the Unicode Consortium to refine and update glyphs that reflects customer needs, feedback and supports a consistent system that works across the digital world.”