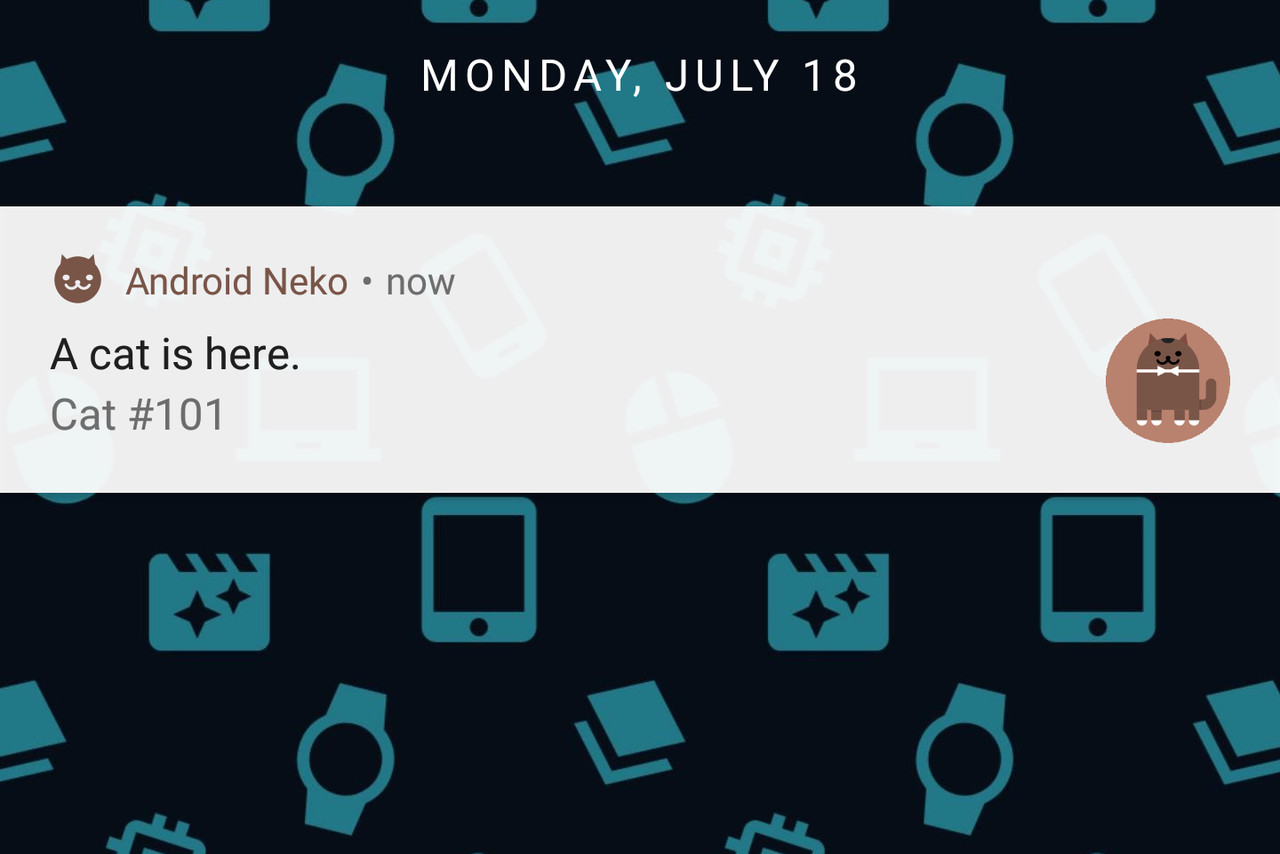 When Google first announced in May that it was accepting naming suggestions for the next version of Android — something that started with the letter “N” and referenced some sort of sweet, of course — I campaigned hard on the Internets for the name Nougat.

Why, you might ask? Nougat happens to be the (given) name of my objectively adorable cat, he who guarantees I never miss any news by waking me up at ungodly hours, ensures I will never freeze to death by shedding on almost everything, and enjoys sleeping on my laptop keys right when I’m on deadline.

So you can imagine my delight when Google said that its next Android OS would be named — not Nerds, not Nutella — but Nougat, a word some people aren’t even sure how to pronounce (like me). It couldn’t be named after a cat, could it? The Verge’s Nilay Patel said I should absolutely take credit for it, but I needed some sort of proof first.

Today I was given proof. The Android N Developer Preview 5 was released this morning, and buried in it is a cat-catching game, first spotted by Droid Life. It’s hidden in the same area where prior Easter Eggs have been hidden, such as the Flappy Bird knockoff found in Android 5.0. From there, Droid Life says:

If you go into the Easter Egg and long-press to get the cat to appear, you will then want to pull down your notification quick settings edit menu. Assuming you pulled up the cat, you should see an emoji with a cat head and the text “???? Android Easter Egg.” Move that into your list of quick settings tiles and back out of the edit screen.

Once you have done that, tap on the cat or the “Empty dish” that appears in its place. If you tap that, you’ll then see a pop-up box that offers you choices of Bits, Fish, Chicken, and Treat. Tap on any of them and they will take the place of the Empty Dish.

You can leave treats for cats, “capture” them, and share them.

The game as we’ve seen it so far is part Neko Atsume/part Pokemon Go, although we haven’t had the chance to really do a deep dive yet. That’s all great news for Neko and Pokemon fans; gotta catch ’em all, and all that. But the more important part is that this is rock solid, undeniable proof that the Google Android team loves cats. Specifically, they probably love my cat, even though they haven’t met him. It is not a reach at all. Nougat inspired Nougat. I can own this now. We can rejoice.

Cat 101, as caught by The Verge’s Dan Seifert