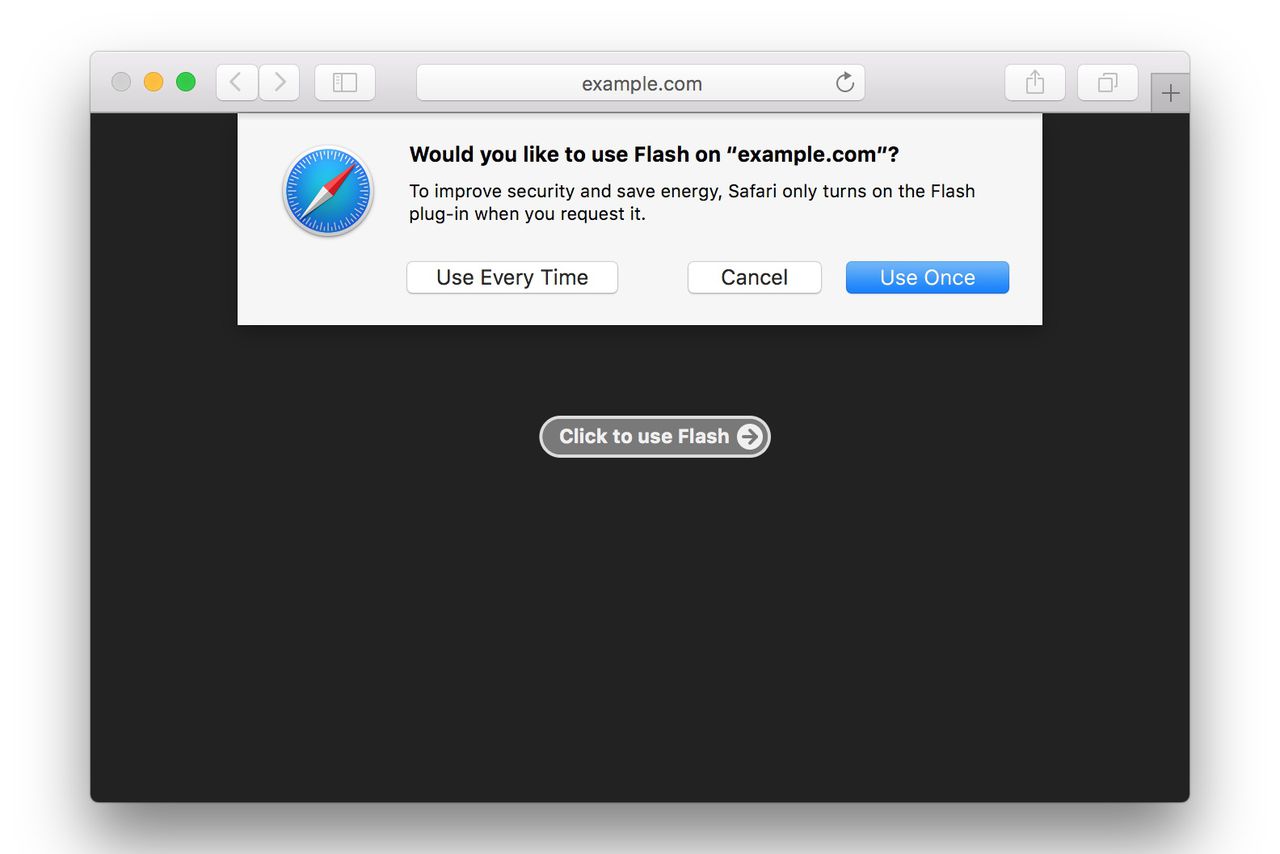 Apple’s just about ready to finish the fight it started with Flash nine years ago. Starting with the next version of macOS, desktop Safari will begin blocking Flash by default across all websites. Flash will still be able to run, but it’ll have to be activated on a website-by-website basis.

The goal here is to encourage more websites to make the jump over to HTML5, which can handle most of the same tasks as Flash. Apple is being pretty aggressive about this — if a page is entirely broken, it won’t even offer to run Flash until a link is clicked to install it. That’s sure to make websites lose visitors, which is sure to get them working on a version that uses HTML5.

CHROME IS ABOUT TO START BLOCKING FLASH, TOO

Safari isn’t the only browser going down this path. Google announced last month that Chrome would start behaving in a very similar way sometime later this year. It’ll also block Flash by default to encourage the use of HTML5. But Chrome will grant exceptions to several major websites and make it easier to enable Flash on a case-by-case basis.

There’s one other major difference in their implementations. Chrome will continue to automatically update Flash, whereas Safari has required that users install Flash on their own for years. It’s another annoying hurdle to jump through that could help to keep Flash from bothering Safari users (or lead to Safari users having outdated and buggy installations on their system, although that’s no change from the status quo).

Apple isn’t singling out Flash: it’ll also be blocking other browser plugins, like Silverlight and Java. Flash is just the most prominent example — and the most problematic. Flash has long been infamous as a major drain on battery life; it’s also had constant security problems, which is just all-around bad. At this point, even Adobe knows it’s time for Flash to die, and it’s started encouraging developers to look elsewhere.

The changes will roll out to Safari as part of the update to macOS Sierra, which is coming sometime this fall. It isn’t likely to kill Flash once and for all, but it should certainly help bring it closer to death. Apple started this battle with iOS in 2007 — it’s been a long wait, but it’s close to winning.