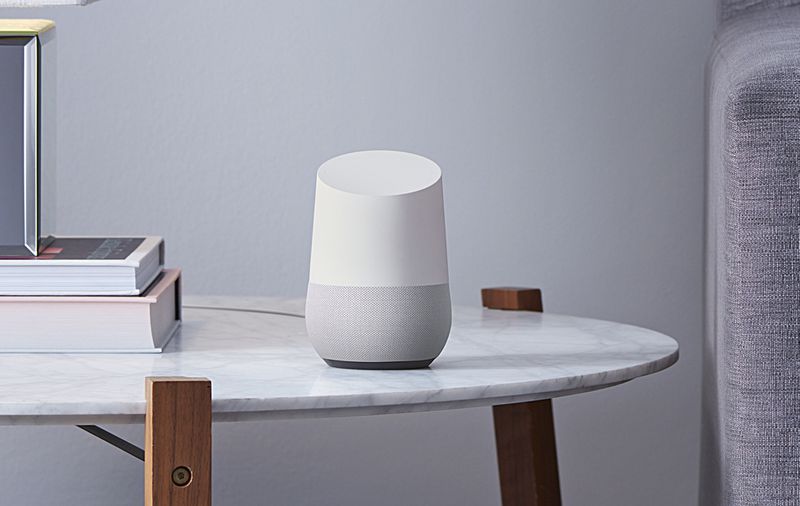 On Wednesday Google kicked off its I/O developer conference by unveiling a series of new artificial intelligence-powered products, including a messaging app with a virtual assistant and and a home speaker with a voice interface. Given what we’ve seen in the explosion of AI assistants and software bots from other companies, you’d expect Google to brand these products’ connective tissue with a personality and a name — Apple has Siri, Amazon has Alexa, and Microsoft has Cortana.

Instead, Google’s new AI assistant is just called… Google Assistant. What used to be known as Google Now, the predictive assistant inside Android, has been broadened into a bigger initiative to bring those capabilities further into the real world, bolstered by years spent building out its extensive Knowledge Graph and honing its ability to parse human language. It’s an indication of Google’s ambitions for the product that it wants us to simply call it Google.

“WE THINK OF THIS AS BUILDING EACH USER THEIR OWN INDIVIDUAL GOOGLE.”


“Today, we have an understanding of 1 billion entities: people, places, and things, and the relationships of them in the real world,” said CEO Sundar Pichai onstage Wednesday. “We can do things which we never thought we could do before.”

In the mobile chat app Allo, Google Assistant can understand follow-up queries and perform complex operations on your behalf. Google Home, a new Amazon Echo-like speaker, can manage your daily routine and pull information and media from the web. One uses text, the other voice. But both are powered by the same core Google software. “We think of this as building each user their own individual Google,” Pichai said.

Starting with products like Allo and Home, Google is extending its search-like capabilities to solve real-world problems. Conversations with friends, decisions about services, purchasing, media consumption — these are all ways Google can now serve us away from the web browser and even beyond the realm of the smartphone.

This shift will take time, and it will be challenging. With Alexa, Amazon has become an early leader in the digital assistant and smart home spaces, so much so that Pichai name-dropped the company onstage at I/O. Amazon succeeded in part by positioning Alexa as a do-it-all AI butler with a familiarity you can recognize and rely on.

Alexa may not be anywhere near as powerful as Google search — it certainly can’t process follow-up questions and complex queries at the level Google’s assistant can. But Amazon’s software is teaching consumers a vocabulary with which to interact with Amazon and third-party services. Using the Echo is simple, and it works. Amazon has also racked up an impressive suite of integrations, making Alexa more powerful by way of connecting it to other company’s products. Google hasn’t yet announced a similar set of tools for developers to unlock and tap into its capabilities.

Competing with Alexa is not just about overcoming Amazon’s early lead and its third-party perks. It’s also about teaching consumers to treat Google as more than a search engine. That reorientation is likely why the company doesn’t want to add another name like Siri or Alexa into the mix. It wants its name being uttered in homes and into phones all around the world. The company’s AI assistant isn’t just called Google, it is Google. That’s going to take some getting used to.

“That search box is so iconic,” Scott Huffman, Google’s vice president of engineering for search, told The Verge. “It’s such a strong thing in people’s minds. It’s associated with ‘I express my need in a really simple way and I get back public information.'” But, he adds, “it’s been a bit of a leap for our users … to now think of that box as a place where I can also call grandma.”

The expansion from searching the internet to using Google for any need that can be accomplished with an internet service is central to the company’s future. The number of things Google can’t do is shrinking. Google knows your weekly calendar, your flight times, your dinner reservations, your music and TV and movie tastes, who your friends are, how often you talk to them, and much, much more about your personal life. Soon, Google will be in your home, learning even more about you. With this information, it can reach deeper into the fabric of everyday life.

It sounds unsettling, and Alphabet-owned Nest even resisted the urge to release an Echo-like product for fear that consumers would reject the idea of Google listening to us in our living rooms. Yet what Amazon did, perhaps to Google’s benefit, was show how willing we are to set aside our fear of being eavesdropped by corporations in exchange for the convenience the software provides. The tone set at I/O, and the future that Google is promising, represents a powerful vision of technology-assisted living, perhaps powerful enough to overcome uneasiness about always-listening software.

IT’S A BOLD MOVE, AND IT MAY FALL FLAT ON ITS FACE

Just as Larry Page and Sergey Brin created a searchable roadmap for the early consumer internet, Google believes it can now help us navigate the real world and alleviate us of its more mundane tasks. This time around, the company wants to use the power of its search engine and AI advancements to turn our everyday activities into learnable data points. It feels only inevitable before more and more of those activities are performed by Google, on your behalf and with you needing to ask.

It’s a bold move, and it may fall flat on its face. Google has struggled with messaging in the past. Google Home may also fail to compete with an established competitor like Alexa, even with an eventual feature set that proves more powerful than the Echo’s.

Yet if Google succeeds, it could become an early and indisputable leader in what is shaping up to be an AI arms race. Part of that will involve teaching consumers that the name we’ve come to trust for finding information on the internet is just as capable at reaching through the screen and assisting us in the real world.